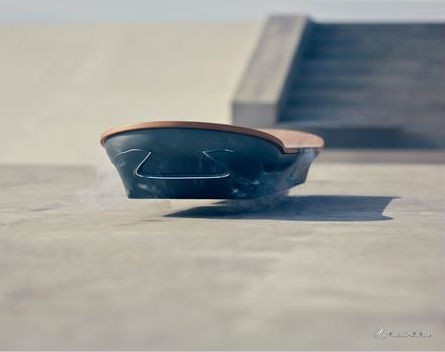 Back to the Future day is almost upon us, and so are the inevitable complaints that we don’t yet have the hoverboard promised by Marty McFly

The closest commercial offering we have at the moment are these upright scooter devices, but they’re not really close at all to what we saw in the film – it’s like saying that a fork is a light saber.

The poor man’s scooter board often bills itself as a ‘hoverboard’ to distract away from the fact it’s just half a Segway.

Now it seems like authorities are finally stepping in banning the use of these devices in public.

The UK Metro Police took to Twitter to reinstate that it is “illegal” to use these self-balanced scooters on the pavement and on roads without a licence, as Business Insider reports.

As there is no licence for them the only place you can embrace this secret shame is within your own private property.

“You can only ride an unregistered self-balancing scooter on land which is private property and with the landowner’s permission,” the police said.

Before you become impressed with how quickly authorities are attempting to ban a new technology, the UK is actually just enforcing a law from 1835.

The Highway Act in England and Wales bans taking “horse, ass, sheep, mule, swine, or cattle or carriage of any description, or any trick or sledge” on the pavement, which apparently incorporates these poor excuses for hoverboards.

Even so, these balancing boards are becoming increasingly popular around the world.

In August a self-balanced scooter apparently got rapper Wiz Khalifa arrested in an airport after he refused to get off it.

“All because I didn’t want to ditch the technology everybody will be using in the next six months,” Khalifa tweeted at the time.

Australian authorities are a bit more sympathetic to the use of these imposter hoverboards, with the Queensland government ruling that Segways were allowed to be used on bikeways and footpaths.