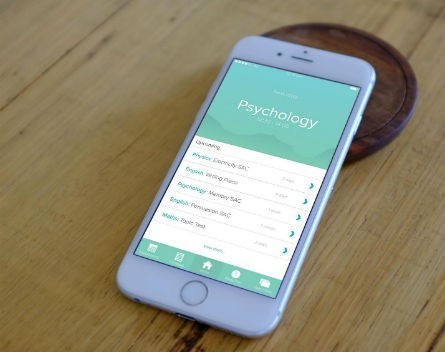 A 16-year-old from regional Australia is looking to crowdfund an app he hopes will make it easier for students to set aside study time.

Lachi Agnew, from Albury in southern New South Wales, has turned to GoFundMe in order to get his idea off the ground.

His MyStudyBuddy app is aimed at helping young people become more efficient at completing homework and preparing for upcoming assignments.

“It’s in early development, but I’m aiming to have it running in a month or two months,” he says.

“I’m working a part-time job but can’t get too much money during school – otherwise it will interrupt my studies.”

Agnew came up with the idea for a mobile study planner after failing to find a free app he could use in order to plan his nights and weekends better.

“There was nothing on the market for me, so I thought I’d take matters into my own hands,” he says.

“Feedback from students is that they would be using this. I want it to be very broad, so you can log everything you want to do and it will plan it for you. It’s for students without a very good study plan or who don’t know how to use their time effectively.”

Agnew learnt to code when he was in late primary school, and says he is excited about the possibility of schools introducing a curriculum that teaches kids basic coding skills.

“In coding, for example, you do a lot of flow charts to help with problem solving,” he says.

“Flow charts, code, they’re really simple things and if everyone knew it, it would help them problem-solve.”

As for what the budding entrepreneur wants to do after he completes high school, Agnew says he would like to study programming at university.

“I was thinking either Monash or RMIT to do computer science,” he says.

Agnew is hoping to raise $5000 on GoFundMe, but says if he doesn’t end up reaching his goal he will “probably just work harder” at his part-time job in order to get the app up and running.