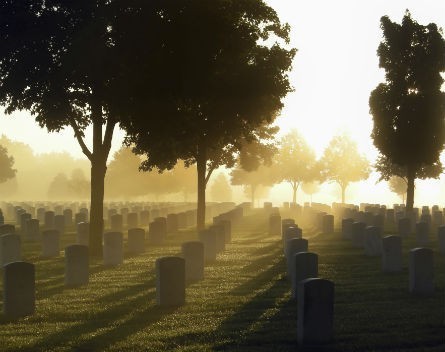 A South Australian startup is looking to bring together two unlikely companions: augmented reality and the humble gravestone.

Eternal Memoria, based in Adelaide, aims to add digital content to the traditional memorial or cemetery experience. The startup allows visitors to use a QR code on a gravestone to access photos, videos and online dedications online.

Users can also use the QR code to download an app so that when they look through their smart device – preferably a tablet – a video is overlayed across the headstone.

The startup recently won second place at the New Venture Institute’s eNVIes awards. As part of the prize, founder Nizar Rasheed will receive a $5000 travel scholarship to the US in 2015 to explore the international market.

Rasheed told StartupSmart Eternal Memoria is about applying 21st century technology to something that has “pretty much remained the same for thousands of years”.

“We are excited about it because it drags this old technology into the 21st century, which for some reason that has been neglected,” he says.

“People can get a virtual experience while they’re there – videos, photos… A much more interactive experience rather than just looking at the stone.”

Rasheed says the startup has entered negotiations with one of the major cemeteries in Adelaide. He plans to test the technology there before expanding to other cemeteries around Australia.

The startup plans to make money through a subscription model. Rasheed is also looking at exploring the potential opportunities with war memorials to make them “more immersive” for visitors and family members.

Joel de Ross, founder of the Australian Virtual Reality Industry Association, recently launched a crowdfunding campaign for virtual reality platform IMERSO VRE – and says preserving the memory of a loved one in a virtual reality environment could be one of the platform’s uses.

“What we felt with virtual reality is it presented a unique opportunity not just to remember but [act] as a kind of therapy,” he says.

“Someone’s memory – photos or stories – can be embedded into a virtual reality environment that that person can visit whenever they want to. We feel it is going to be a powerful, therapeutic way of dealing with loss.”

De Ross says he can see augmented reality headstones being utilised in the future.

“In terms of augmented reality headstones, I can absolutely imagine that this is going to be something that people use to deal with loss.”