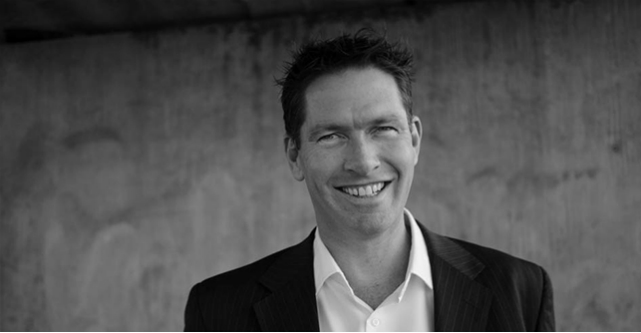 A Melbourne wearable tech company making waves in the US market says confidence and connecting with the right people helped them rise from startup to IPO and beyond.

Specialising in wireless sensor technology, ASX-listed dorsaVi announced this week that Physio Corporation will be adopting its devices across 20 US clinics.

The development comes as dorsaVi continues to crack the US market with major elite sporting contracts and expansion in the clinical space, co-founder Andrew Ronchi says.

“We now count NFL training guru Loren Landow, the New Orleans Saints, the NBA’s Golden State Warriors and New York Knicks among some of our US customers and these names resonate strongly in the sports-mad US market,” Ronchi tells StartupSmart.

dorsaVi was born out of Ronchi’s 20-year career in physiotherapy when he  found a gap in the market.

“dorsaVi’s revolutionary wireless technology is designed to accurately and objectively measure and analyse the way we move,” he says.

“Companies can assess risky movements with hard data, not hunches, and then design fact-based solutions to create a safer work environment,” Ronchi says.

It can also help physios examine closely where breakdowns occur during movements.

For Aussie startups considering expansion into the US, Ronchi encourages them to start networking and aim high.

The importance of confidence

Looking back, Ronchi says if he could go back in time one of the first tips he’d give himself is to be confident.

“Acknowledging your personal strengths and working on your weaknesses is an important quality for any start up founder,” he says.

When Startfish Ventures first invested in dorsaVi, Ronchi says they were less than impressed with how one of their first wearable devices looked.

“But they said that they loved our determination and the street smarts we’d shown to get through those early development days,” he says.

Networking with founders who have been through the journey you’re about to take is an invaluable way to prepare for the next phase.

“Connect with as many different startups that have launched in the US as you can and learn from them,” he says.

“If we had sought more mentoring from the existing start-up ecosystem in the US it would have made us more efficient in that first year.”

Before launching in the US,  Ronchi says they decided to go Europe first to validate its potential for global markets.

“Compared to Australia, the US is a large, expensive and competitive market so we chose to go to Europe first and get major hospital, sporting brands and clinical sites committed,” he says.

In entering the US, Ronchi found the FDA approval process to be one of their biggest challenges.

“Its a complex and time consuming process so we were fortunate to have mentors and investors who understood the space having been through it before,” he says.

Ronchi says they strategically selected to link up with Starfish Ventures, whose co-founder Michael Panaccio is highly experienced in taking life science companies through international clinical trials and regulatory processes.

With the VC firm’s help Ronchi says the startup was better able to navigate international expansion.

“No startup wants to waste money flying to and from major cities so do your due diligence first,” he says.