Meet the Aussie startup hoping to Prezentt the future of slideshows 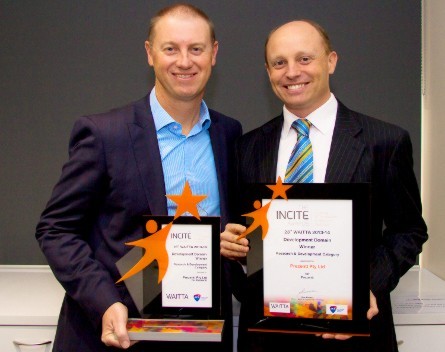 Perth-based startup Prezentt has launched its cloud-based slideshow service which it hopes will complement, rather than compete with, existing presentation apps such as Microsoft PowerPoint, Google Slides or Apple Keynote.

Co-founder Jeff Robson told StartupSmart the new service is designed to work in a web browser.

“Before a presentation, [the presenter] uploads a PDF of their slideshow,” Robson says.

“Then, during the event, while the presenter shows off their PowerPoint presentation, the attendees can view the slides on their own smartphone or tablet, take notes on their mobile device, or request a contact. In the future, you will also be able to share your presentation on social media.”

Because it works in a web browser, Robson also says that aside from Apple or Android smartphones and tablets, Prezentt will also work on a range of other platforms, including BlackBerry and Windows Phone.

According to Robson, a number of high-profile customers having already signed up to use the product, including News Corp, RSM Bird Cameron, SaaSu, Access Analytic and Pitcher Partners.

“We have about 200 people signed up from a range of different industries – big businesses, small businesses, consultants who present, and even charities. There’s directors who use it for meetings and presentations,” Robson says.

“At our launch event, we had a number of people from local universities, so tertiary education is an obvious market. But there’s no reason it couldn’t be used in high schools or even schools at more junior level.”

In terms of monetisation, the cloud-based service uses a subscription-based model rather than advertising.

Robson justifies the strategy, saying if it manages to land a presenter one extra sale per year, the subscription price pays for itself.

“There’s nothing worse than having your slides with your competitors’ ads on your slides,” he says.

“So it’s subscription-based, where it’s free for the attendees, presenters get their first four presentations free per year… But if you want to do more than that, the subscription is $20 per month if you pay annually.”

Looking ahead, Robson says slideshows are a market ripe for disruption over the coming years.

“We see this as the future of presentation – a little like mobile banking. Seven years ago, no-one did mobile banking. Now, if you went into a bank branch and told you they don’t have an iPhone or Android app, you’d think they were a little backward, he says.

“We think it will be the same thing with presentations.”