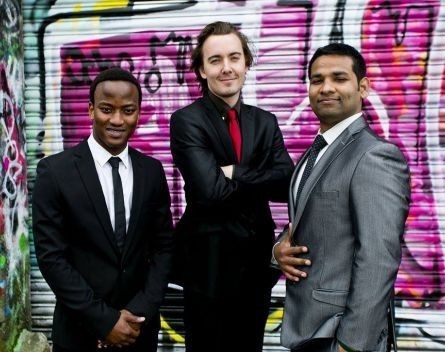 A team of budding entrepreneurs has launched a social network for students wanting to start their own technology company.

Founders Market allows university students with an interest in startups to create a profile and connect with like-minded individuals on their campus or on another campus in their city.

Co-founder Izaac Somers told StartupSmart the idea is to help entrepreneurs find the right business partner while they are at university and aren’t burdened by factors that might turn someone away from entrepreneurship – such as children or a mortgage.

“The reason why we built the platform was to combat two main problems we faced in our first startup,” he says.

“They were finding people that were equally passionate as myself and our co-founder about creating the business, but also trying to find specifically a person with a technical background – someone who could turn our idea into something.”

Read more: Should Australian schools be doing more to teach students how to code?

Somers studied a business degree with a focus on marketing at RMIT University in Melbourne, however, is now in Amsterdam for his Masters.

He says he wished he had a platform like Founders Market while he was doing his undergrad.

“Everyone has business ideas, so I guess it’s about creating a platform to enable them to release them into the world by finding people who are as equally passionate about building a business and allowing them to find people with complementary skills,” he says.

“Obviously we’re still working out the kinks as we go along. I’m personally contacting nay new signup and asking them for any feedback or suggestions or problems they’re having on the platform so we can have the best possible web platform for student entrepreneurs.”

Although it’s early days, the site has around 100 students signed up in Ireland and around 15 people in Melbourne.

Somers hopes to see those numbers jump significantly through partnerships with universities and startup mentors.

“Sometimes student entrepreneurs can be very precious about their ideas without knowing it,” he says.

“They think if they speak to people about their ideas somebody’s going to steal it. But by talking to people you learn so much and get so much feedback, which helps. Having someone with a technical background removes the financial barrier, and allows you to take that idea and chuck it out there into the market.”