Business Planning, How I Did It, Local 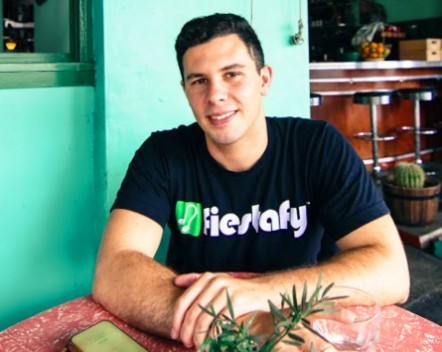 A Sydney-based startup is looking to help locals and travellers find major, accessible events anywhere in the world in their own language.

Fiestafy, a multilingual search engine for events, launched a public beta version last month and hopes to help travellers attend shows or sporting matches, who otherweise wouldn’t be able to, simply because they cannot speak the local language or are not sure if the event is worthwhile.

Founder of Fiestafy, Kevin Jochelson, told StartupSmart he came up with the idea for the platform while living and working in Hong Kong.

“In Hong Kong I didn’t even know where to begin searching for an event,” he says.

“Hong Kong didn’t use the same event guides I used in Sydney and didn’t use any of the same ticket selling sites. Even worse, when I went to China I had to contact friends to find out what was on because I didn’t speak Chinese or know what was a reputable venue to see an event at.”

Fiestafy is currently available in English and Chinese, with more languages to follow based on user demand.

During private beta testing, the startup found users wanted to search for events in London. In response, Fiestafy teamed up with TicketMaster UK and a local theatre company to promote and sell events in London.

“We’ve also partnered with Eventim, which is the biggest ticket seller in Europe, to get some of their best events on the platform like some of the best music festivals happening all over Europe,” Jochelson says.

Fiestafy’s business model revolves around the event company, promoter or venue paying the startup to list their event. In exchange, Jochelson says Fiestafy offers them translation services and promotes their event on channels such as international social media sites.

“At the same time we provide them very in-depth analytics on their site – how many people see it, go look at the event and go onto their site as well,” he says.

“We obviously still have a lot to do and want to mobile optimise and possibly move into an app.”

The startup plans on holding a funding round in the second or third quarter of this year, with both venture capital firms and a number of angel investors already flagging interest.