How I Did It, Local, Online & Email Marketing, Sales & Marketing

Meet the startup trying to create the Spotify for media content 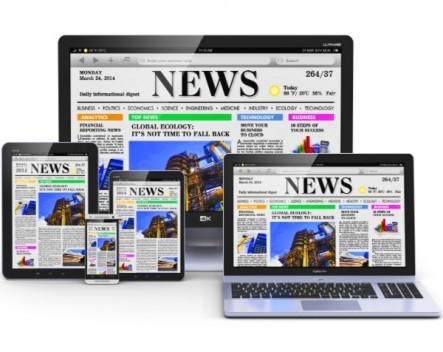 Australian startup inkl is the latest attempt to solve one of the media industry’s biggest problems – how to make people pay for online content.

Take, for example, the content paywall that surrounds Fairfax mastheads The Sydney Morning Herald and The Age. According to inkl founder and chief executive officer Gautam Mishra, who as former director of Strategy at Fairfax built that paywall, it converts just 2% of readers to paying customers.

“And that’s widely seen as one of the best paywalls in the world,” Mishra says.

“It’s ahead of most publications. The question that needs to be worked out is what to do with that other 98%.”

So Mishra founded inkl, a web platform that will soon be available as an iOS and Android app, that gives users access to content from some of the world’s major news publishers in one place. A $15 per month subscription fee gives unlimited access to inkl’s catalogue of news content, in the same way Netflix or Spotify do for the music and entertainment industries. For those that don’t want to subscribe, they can access content for 10 cents per article. Inkl keeps a portion of the revenue generated and shares the rest with the publishers.

Inkl launched on Wednesday with content from seven of the world’s major news publications including The Guardian (Australia, UK and US editions), The Sydney Morning Herald, the South China Morning Post, Los Angeles Times, Chicago Tribune, the Washington Post and Indian business publication Livemint. More partners will be announced in the coming weeks.

Mishra says 10 years ago the music and entertainment industries were struggling to get people to pay for content too, but the launch of the Netflix, Spotify and similar platforms changed that.

“I think we need to build the same model for news,” he says.

Mishra bootstrapped the startup from its creation at the beginning of the year, up until August when he received seed investment led by North Base Media, a media focused investment firm co-founded by former managing editor of The Wall Street Journal, and former executive editor of the Washington Post, Marcus Brauchli. Mishra was not willing to disclose the amount of seedfunding inkl has raised.

“A really important part of inkl’s purpose is to help ensure that high quality journalism continues to be financially sustainable,” he says.

“As the trend towards mobile news consumption continues, publishers need innovative business partners who can help them find new ways to grow revenue. inkl generates 50 or even 100 times as much revenue per page as most readers earn from mobile ads, and still delivers a very cost effective solution for readers.”

inkl isn’t the only startup trying to solve media’s big problem. Last month, the New York Times invested in Dutch startup Blendle, which allows individual articles to be purchased for a price set by the publishers, between 10 euro cents and 30 euro cents for news articles, and up to 80 cents for longer features. Mishra says it inkl is avoiding that magazine style content, instead preferring to focus on news articles that are best consumed on mobile devices.

“(Blendle) is an amazing business and we really like them and their model, but ultimately it’s being setting up to do something a little different,” he says.

“They’ve taken the view that the value in journalism is largely around print products in a digital medium. They’ve got a web interface and a virtual kiosk for picking articles. That sort of experience is fantastic for evening use, when people are using tablets and other devices.

“We’re really focused on your morning and daily news.”