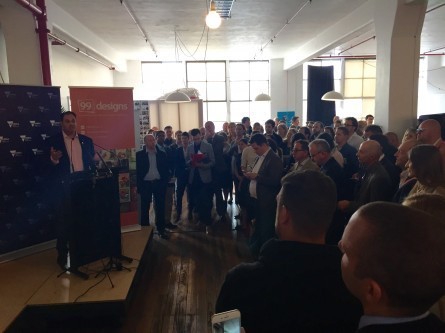 Melbourne is set to become the regional hub for cyber security with the Victorian government securing three major agreements.

Oxford University will be establishing its first ever Global Cyber Security Capacity Centre (GCSCC) international office in the city.

The GCSCC is a leading global centre for cyber security research and capacity-building, and helps countries plan investments and strategies to improve safety.

The Victorian government will be contributing an undisclosed sum to the office, which will create new “high-skill jobs”.

It will be paired with a new Oceania Cyber Security Centre which will bring together eight universities, the Defence Science Institute and private sector partners.

The state government has also signed a memorandum of understanding with the CSIRO to relocate Data61’s national cyber security operations to Melbourne.

Minister for small business, innovation and industry Philip Dalidakis is in the UK to sign the agreement with Oxford and says the move is another “huge vote of confidence for Victoria’s tech sector”.

“Victoria is leading the nation on cyber security and [this] cements our reputation as the leader in this industry,” Dalidakis says.

“Cyber security is crucial to safeguarding our fast-growing digital economy – it is now worth $71 billion a year globally and the Andrews Labor government is working hard to keep Victoria at the forefront.”

The Victoria government has been moving to try to position the state as leading the nation on cyber security, recently announcing the NBN’s Cyber Security Operations Centre will be established in Melbourne, bringing 700 jobs with it.