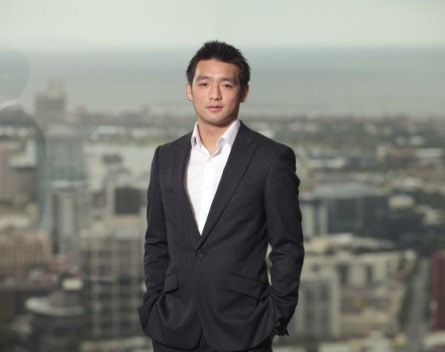 University of Melbourne graduate Zezan Tam will join 79 entrepreneurs in Silicon Valley next month for a 10-week program at Singularity University, after winning a $30,000 scholarship for his carpooling concept.

Tam is the creator of cloud-based app Carpooler, designed to make carpooling easy by saving drivers time and money, while helping to reduce congestion and transport-related pollution.

Tam is the winner of Singularity University’s Global Impact Competition, which launched in Australia in February.

The aim of the competition was to come up with an idea that could positively impact more than one million Australians.

As the winner of the competition, Tam will travel to Silicon Valley with a $30,000 scholarship, which will see him attend the 10-week Graduate Studies Program at Singularity University.

The Graduate Studies Program is designed to inspire and equip leaders who want to build innovative solutions to address global challenges.

Tam will be joined by 79 other participants from the around the world. In addition to the program itself, he will be exposed to investors, funding bodies and mentors.

He will also receive a scholarship from Singularity University partner Creative Universe, which offers leadership and innovation programs to enhance leadership performance and productivity.

Creative Universe will support Tam’s attendance at the Creative Innovation Global conference in November, which gives participants an opportunity to present their vision for the future.

Tam told StartupSmart cars are often heavily underutilised, so his plan is to change that.

“Cars are wasteful in two ways. You use them for two out of 24 hours a day and you use one out of five seats,” he says.

“You think of all the resources that go into building this wonderful piece of engineering, and then it barely gets used to its full potential.

“A lot of value can be related to carpooling. The only reason people don’t do it now is because of a lack of coordination.”

Tam, who is yet to build the Carpooler technology, has high hopes for the Graduate Studies Program.

“Number one is to get my mind blown apart from all this cool stuff out there,” he says.

“[I’m also hoping to] use the time out there to get the concept developed and get it funded so I could hire some full-time staff to get it built, then return to Melbourne and keep working on it.

“Melbourne is one of the perfect cities because of the urban sprawl here. I would prove the concept here in Melbourne, which would essentially allow me to expand to Sydney and some more American cities.”

Tam wasn’t the only entrepreneur recognised by the judges in the Global Impact Competition. Queenslander Mark McConville won second prize with a unique comedy-based entertainment and educational program.

He will receive mentorship and support services from the Australian Institute for Commercialisation and the Gold Coast Innovation Centre, worth more than $16,000.