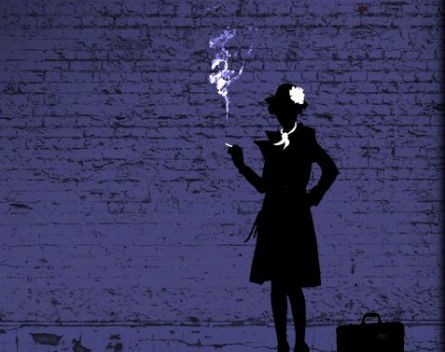 Framed, a game developed by Melbourne-based indie game studio Loveshack, has been selected to be part of this year’s Pax 10.

Each year a group of 50 industry experts pick the 10 best indie games to be showcased at the Pax conferences around the world.

Developed for PC, Mac and iOS platforms, Framed is narrative-puzzler where players rearrange the panels of a comic book, changing the order of events and the outcome of the story.

It’s one of two games from Melbourne-based indie studios on the list, along with iOS arcade game Duet from Kumobius.

Loveshack director, designer and developer Joshua Boggs says it was an honour to be included amongst The Pax 10.

“There are quite a few games I love (Duet) and have been looking forward to (Mushroom 11, Nova-111) in there, and people we’re good friends with too,” he says.

“The Pax 10 has a great legacy of showcasing some of the most interesting games in the independent game scene each year, so being a part of that is really validating and great for exposure.”

The idea for the game came out of the blue, Boggs says, with the team wanting to make a game in which the central mechanic was about manipulating the way a narrative played out.

“I shelved the idea for a long time because I couldn’t figure out how it would work in an intuitive way,” he says.

“Years later I was reading Scott McCloud’s Understanding Comics when the penny dropped. Comic panels are a really great way to contain an action or event. So if you could rearrange those events you could change how the scene played out, ultimately affecting the outcome.

“This also had the nice side-effect of the game being less about performing actions and more about defining the context those actions play out in.”

The game is influenced by films like Memento and Pulp Fiction which experiment with narratives.

“I think people are innately drawn to storytelling and stories are a really important way for us to communicate particular ideas, feelings and themes,” Boggs says.

“Our love for this medium and quest to find new ways to tell stories is a way for us to legitimise that passion in a way for others to understand.

“Because of that, we’ll always be searching for new ways to tell stories.”

In addition to a lot of their own money, Loveshack has received support from Film Victoria and Screen Australia, as well as Indie Fund, a funding source created by other successful independent developers to encourage and support new indie developers.

Boggs says the Australian gaming scene is going through a cultural change, with a number of studios experimenting with what can be done outside a traditional studio structure.

“Games like Armello, Push Me, Pull You, Duet, Crawl, and the wildly successful Antichamber are just a small selection of games that are being developed here that are seeing a healthy amount of international coverage and success – and are doing a great job putting the independent community in Australia on the map.

“I’m really looking forward to seeing how things continue to evolve over the next couple of years.”