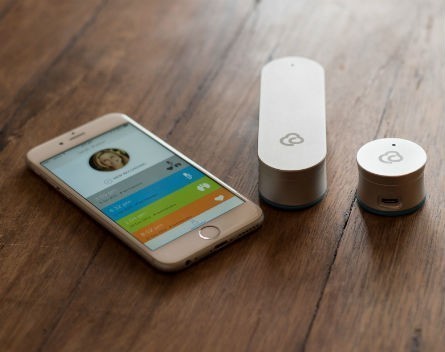 CliniCloud’s kit, which launched pre orders recently, includes a digital stethoscope and a non-contact thermometer, both of which are linked to a smartphone app. Users can then monitor and record readings taken, and show those readings to their doctors when they get the chance to see them.

The startup began as StethoCloud, a student project which finished runner-up in Microsoft’s 2012 Imagine Cup Grants program. Originally the idea was to develop a product that could help diagnose childhood pneumonia in developing countries. But after using its $75,000 grant from Microsoft to test a prototype, co-founder Hon Weng Chong says it began to become clear there was demand for such a product amongst everyday consumers, particularly parents.

His time working as a doctor in emergency departments, particularly the time he spent at Warragul Hospital in East Gippsland and Rosebud on the Mornington Peninsula, helped him understand why.

“I saw a lot of young families coming in, and a lot of the time they’d say ‘if only I could explain to you what happened at home’,” he says.

“We’re trying to help them do that with a stethoscope and thermometer. So if your child had a wheeze you could record it then and there, along with the temperature and bring it in.”

The decision to package a stethoscope and thermometer together was a careful one. Chong says he and co-founder Andrew Lin wanted two devices that, when paired up, could give a doctor quite a bit of information to aid diagnosis.

“At the time I saw a lot of respiratory conditions come through, asthma was the biggest one, and having the sounds captured from the stethoscope was very useful, but augmented even further with information if the child had had a fever at the time, was very valuable,” he says.

In addition to the grant, CliniCloud raised funding from friends and family about a year ago, and also took funding from angel investors, which Chong described as a extended seed round.

CliniCloud is aiming to ship its first kits by July, with demand being treated as a test for product-market fit. If it proves successful the plan is to target a retail launch in the United States.