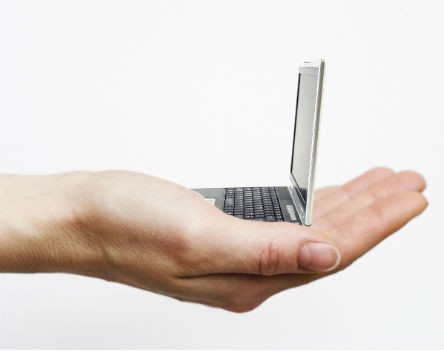 Lenovo, the Chinese firm that has bought up IBM’s cast off PC business, has announced a miniaturised computer not much larger than a smartphone, which can be connected to any screen via an HDMI connection.

Advances in electronic components manufacturing processes and integration have resulted in large-scale miniaturisation of computer systems. This has enabled the latest system-in-package and system-on-a-chip approaches, where the processor and other necessary functionality usually provided by many microchips can be incorporated into a single silicon chip package.

Lenovo isn’t the first to shrink the PC down to pocket size. Intel’s Compute Stick is another dongle-sized computer with similar specs released this year.

The Raspberry Pi, now upgraded to its second major release, was probably the first to provide the functionality of a desktop or laptop computer in a credit card sized electronic board. Over five million Raspberry Pi computers have been sold since launch in 2012.

Google has used its stripped-down Chrome OS based on its Chrome browser to reduce a Chromebook (Chrome OS-powered laptop) down to the Chromebit. While the Chromebit is no larger than a USB memory stick, it’s markedly less powerful than Intel’s offering, as it is powered by the Rockchip RK3288, an ARM processor, which makes it comparable in power to a smartphone.

There are other stick-sized, computers running low-power ARM processors capable of running Android, such as Cotton Candy or Google Chromecast. These plug into a digital television to play video directly to the TV or from internet streaming services such as Netflix – but not much else.

The appeal of small

Computers this small are attractive for many organisations, such as schools and universities who need to equip functional computer laboratories at minimum cost while taking up as little space as possible. Low power devices also consumer less power which keeps costs down.

A typical desktop computer uses about 65-250 watts (plus 20-40 watts for an LCD monitor) – considerably higher than a typical PC-on-a-stick at about 10 watts. There are obvious business uses, such as digital signage and advertising when connected to screens or projectors.

This new round of computer miniaturisation marks a third wave of computerisation. First there were room-sized computers, shared between many users – the mainframe era. These time-sharing systems gradually disappeared as computers were miniaturised, replaced by the one computer per user of the personal computer or PC era. Today one person could have many computers, whether recognisable as desktop and latop PCs or smartphones or compute sticks, but which are accessible everywhere and anywhere. Known as ubiquitous or pervasive computing, this is the third wave in computing.

As all computing devices grow smaller, the aim is that they are more connected and more integrated into our environment. The computing technology fades into our surroundings until only the user interface remains perceptible to users. It is an emerging discipline that brings computing to our living environments, makes those environments sensitive to us and have them adapt to the user’s needs. By enriching an environment with appropriate interconnected computing devices, the environment would be able to sense changes and support decisions that benefit its users.

There is a growing interest in these smart spaces using miniaturised computing technologies to support our daily lives more effectively. For example, smart offices, classrooms, and homes that allow computers to monitor and control what is happening in the environment.

Apple’s HomeKit and Google’s Nest are a start in this direction, providing the hardware and software to allow home automation. A smart home that monitors temperature and movement could allow elderly to remain self-sufficient and independent in their own home, for example, and voice activated devices could help everyday tasks such as ordering the shopping. A smart office could remind staff of information such as meeting reminders. It could turn the lights on and off, or control heating and cooling efficiently. A smart hospital ward will monitor patients and warn doctors and nurses of any potential problem or human errors.

The Smart Anything Everywhere vision of the European Commission drives research and development in this area. The evolution and disruptive innovation across the field of computing, from the Internet of Things, smart cities and smart spaces down to nano-electronics – the applications and benefits of greater miniaturisation of computers are endless.