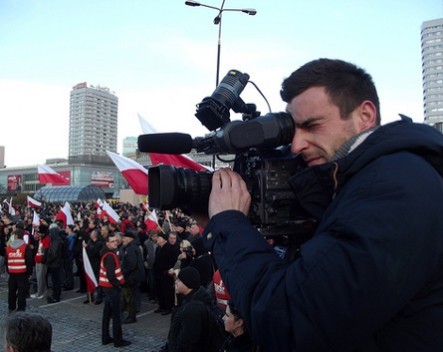 A Brisbane startup is developing an app which aims to give journalists much easier access to crowdsourced content.

The Metaset App is a mobile video app that creates a platform for journalists and content creators to access, engage with and request crowdsourced content and citizen journalism.

The app is one of six projects shortlisted for the Walkley Grants for Innovation in Journalism, the winner of which will be announced in late June.

A StartupSmart project has also been shortlisted.

Founder David Ryan says the app solves the problem facing many newsrooms when looking to gather content from the public.

“It solves the problem of engaging and curating content,” he says.

“We have these miraculous devices and the ability to capture so much, but when you’re out covering a story and you have people sticking their iPhone’s in your face saying ‘we’ve got this footage, how can we get this to you?’ all you can really tell them is to upload it to YouTube.

“We’ve taken the most expensive and most difficult question to solve, how to distribute and access video and citizen journalists.

“Finally it clicked for us, we already have a way to do that.”

Ryan says the app would give would-be citizen journalists and content makers the ability to connect with a network of media organisations, then using geo location and push notifications, it would allow those organisations to source footage from those users who might be nearby newsworthy events.

The startup has been working closely with two media groups which Ryan declined to name out of courtesy, who have been helping develop the project.

The app is still in its early days and Ryan was non-committal when questions about whether or not there would be a way to pay those users for the content they are providing.

“There’s lots of ways to go about it, we’re very grateful to have media groups so we’re able to work on things that not just we think are problems, but are some of the realities created by the inefficiencies of large scale newsrooms,’’ Ryan says.