Most Australians would rather give up their TV than their smartphone: Survey 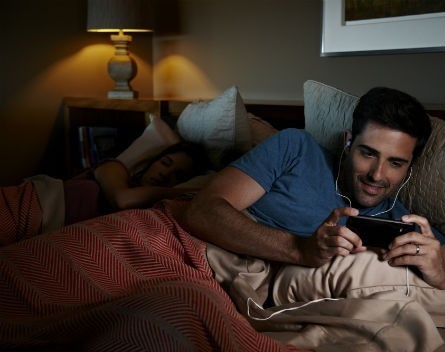 A majority of Australians would rather go without television than their smartphone, while the number of users using their mobile phone for just calls and SMS has fallen to just 9%, according to a new survey.

It combined a survey of 1459 respondents with Australian Bureau of Statistic Census demographic data and socioeconomic status data from the Household Expenditure Survey.

Meanwhile, a little over one-third of Australians (34%) have already ditched the landline in favour of just their mobile phone, with a further 48% saying that while they still have a landline connected, they use it rarely.

Another key finding is that growth in the Australian smartphone market is close to a saturation point. Around 89% of Australians now owning a smartphone, up slightly from 88% last year, and up significantly from 67% in 2011.

Of those making purchases from their mobile phone, the most common thing to buy is tickets (including movie and plane tickets) at 60%. This is followed by digital content (54%), clothes/shoes/jewellery (41%), books (25%), services (16%), consumer electronics (15%) and groceries (11%).

Finally, the report looked at the controversial topic of whether users prefer mobile websites or apps. It found 7% of users mostly use websites and 28% predominantly use websites.

In contrast, 3% use apps exclusively and 24% prefer to use apps. Around 25% of users use both equally, while 12% opt to use neither.