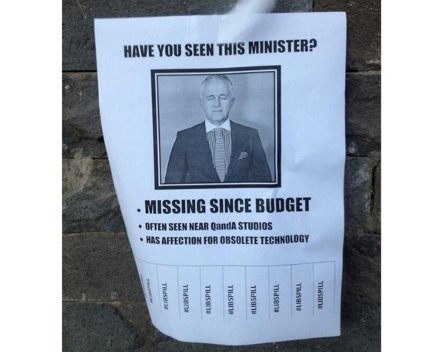 In his budget reply speech to the National Press Club on Wednesday, shadow treasurer Chris Bowen dedicated significant time to outlining a Labor Party agenda that aims to foster innovation and entrepreneurship, with an emphasis on supporting high growth companies.

Calling on Australia to find its own niche and not be a carbon copy of Silicon Valley, he said that high growth companies currently generate less than 0.2% of Australia’s GDP but that it could account for 4% of our GDP, according to PwC, generating more than half a million jobs by as early as 2033.

“The potential is huge, but we have a lot of catching up to do,” he said in his speech.

“Our venture capital industry starts off a low base and is not growing as fast as that of comparable countries. We do badly when it comes to the important ‘angel funding’, with only one dollar invested for every Australian each year.

He said the tax system is one of the most powerful levers a government has to influence investor behaviour.

“In the land of the free, the United States, every dollar of government money investment in high-tech incubators generates an additional thirty dollars of tax revenue. Perhaps the Treasurer might have thought about this before he engaged in his ridiculously short-sighted cost-cutting regime.”

He called for changes to current crowdsourced funding laws and flagged a visa specifically for entrepreneurs as Labor-backed policies that could encourage Australian innovation and startups.

“Around the world, it is estimated that crowdsourced funding will generate $65 billion in funding and finance the creation of 270,000 jobs this year,” Bowen said.

He said that he and Opposition Leader Bill Shorten had instructed the opposition treasury parliamentary secretary, Ed Husic, who has a passionate interest in the potential of high technology, to consult with the sector to provide a regulatory framework for crowdsourced funding “in the absence of action from the government”.

Bowen also mentioned the opposition’s interest in establishing an entrepreneur’s visa, saying that “we should not only encourage Australians to start innovative companies here, but also invite entrepreneurs from around the world to come and create jobs here.”

“New Zealand, the United Kingdom, Ireland and Singapore among other nations that have introduced specific entrepreneur visas, and Australia needs to consider doing so as well,” he said.

He said it was an idea that he and the opposition spokesman for Immigration, Richard Marles, will be pursuing in consultation with the venture capital sector.

Bowen said the two ideas outlined were just the beginning of Labor’s process to foster innovation.

“There is more work to do in this space, including policy development in relation to incubators, employee share schemes, building the skills we need, high-tech scholarships and other matters,” he said.

“Again, Bill Shorten and I have asked my parliamentary secretary, Ed Husic, to consult the high-tech sector about policy details and work with our colleagues such as Kim Carr and Jason Clare, who both share our passion, to develop more details. And we’ll have more to say on this.”