National curriculum review gets a patchy report card for ICT 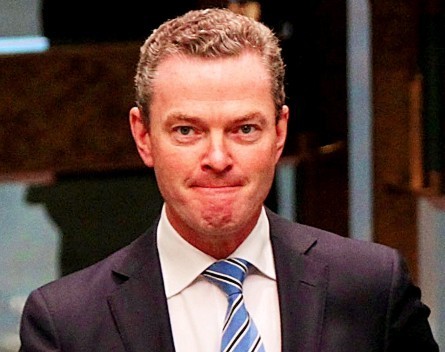 The maker versus user distinction is critically important in technology education policy, but goes unaddressed by the federal government’s Review of the Australian Curriculum, according to Startup Victoria chair Leni Mayo.

The review, released over the weekend, recommended that a design and technology learning area should be introduced from year 9.

“While there is a clear case for the introduction of the ICT capability to run right through the whole Australian curriculum, we are not convinced that a separate subject of the kind that has been designed needs to be mandatory at any level,” the review states.

“However, it definitely should be an elective subject from lower secondary school onwards.”

The report contained opinion from a subject matter specialist, Phil Callil, the director of IT and eLearning at Yarra Valley Grammar and former president of the Victorian IT Teachers Association.

Callil sounded a warning in the report about the aspirational nature of the curriculum. He says while some of the aims may be achievable and sustainable in years 7-10, it will likely contribute to a “mile wide and inch deep” approach in the “crowded curriculum” of primary school.

The review also noted the view of the Catholic Education Office, which says that a significant number of teachers believe the learning technologies curriculum was not relevant to primary students and is contributing to an overcrowded curriculum.

“The maker versus user distinction is critically important, and I didn’t see that distinction made in any way, shape or form in this report,” Mayo tells StartupSmart.

“I think Australia is facing a huge cultural problem in that we see ourselves as users of technology and we’re not providing sufficient support to students who want to make the technology of the future.

“These people are grossly lacking support, particularly in high school, and the evidence of that is a drop of 50% of students that transition from high school to (tertiary) computer science over the last 10 years.”

Mayo says he would have liked to see the report provide a “clear articulation” on how to improve that.

The Australian Computer Society (ACS), which in its submission to the review strongly endorsed the creation of a digital technologies subject, welcomed the report but is concerned that it recommended that technology learning starts at year 9. It believes that could put students at a significant disadvantage against students from the United Kingdom, who will be learning technology and ICT from the foundation level.

ACS chief executive officer Alan Patterson says in the report that ICT should form a core part of the curriculum.

“While it is good to see improved recognition of technology in the report, it stops short of recommending that students be given a technology education from early in their schooling life,” he says.

“By year 9, students will have already missed critical opportunities to build their digital literacy and capability.

“If we don’t step in today and start providing the right digital education from a young age, we are at risk of having a generation of school leavers who will miss out on the education they need to be the innovators, entrepreneurs and digital leaders of tomorrow.

“It is these students who will lead the economy in years to come. We owe it to them to give them the very best chance.

“Some of the recommendations are a small step in the right direction, but what our curriculum needs is a giant leap into the future.”