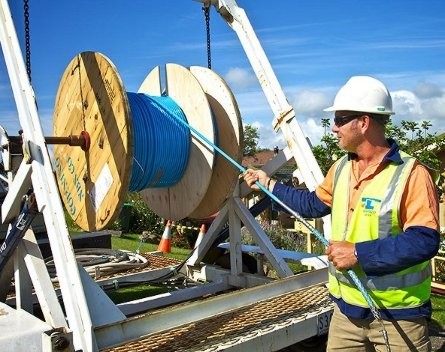 The NBN Co has announced the latest suburbs and towns in Victoria to be added to the National Broadband Network (NBN) rollout.

Meanwhile, fixed line services are currently being rolled out in other parts of Langwarrin, as well as Melbourne suburbs Seddon, Yarraville and Kingsville.

The NBN Co is also constructing fixed wireless infrastructure in south-western Victoria (Macarthur and Simpson), the Grampians (Balmoral and Drummond) and the Loddon-Mallee district (Elphinstone and Watchem).

Hpowever, it can take around 12 months from when construction begins to when residents and business owners can receive NBN services from phone and internet providers.

In a statement, the NBN Co spokesperson Trent Williams says the networks already pass more than 140,300 premises in Victoria, with 49,800 currently connected.

“The rollout of the NBN continues to gather momentum throughout Victoria which means more families and businesses are a step closer to being able to benefit from fast and reliable broadband,” Williams says.

“The NBN has the potential to be a key driver of growth in Australia’s declining manufacturing industry. Access to fast and reliable broadband can provide new opportunities for innovative businesses to create niche products, expand into new markets and reduce operational costs.”

Meanwhile, services have now been switched on for more than 10,000 premises in Tullamarine and Shepparton, with businesses in these areas urged to begin planning their migration to the network.