Start-up community welcomes new government, concerned about the fate of the NBN 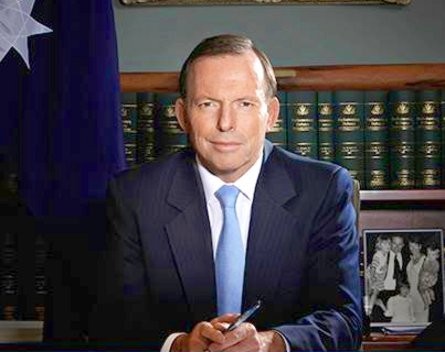 Australia’s start-up community hopes a new Coalition government will deliver progress on key policies that will enable and strengthen the start-up ecosystem.

The entrepreneur in residence at the University of the Sunshine Coast, Dean Alley, told StartupSmart he was disappointed that innovation wasn’t more of an issue this election.

He adds that the start-up community includes a wide variety of people, who all prioritise different policies.

“Academics will tend to vote Labor, as they do tend to give more money to university research. But both parties support Commercialisation Australia, which is key,” Alley says.

He added that a key enabler of the start-up scene would be the roll out of the National Broadband Network, and hopes the Coalition’s plan will create adequate internet speeds.

“The Coalition would be silly not to bring in some satisfactory broadband speed, but it won’t be the grandiose project Labor had,” Alley says.

“There are a lot of start-ups, especially in regional areas like here, who need those speeds. We’ve had a lot of people come into take advantage of the broadband speeds here.”

“One benefit is we won’t have to build new relationships with the new government. Malcolm Turnbull is fairly well aware of the start-up sector and a fair amount work has been done to communicate our needs and situation to him,” Eibner says, adding that some of the Blue Chilli team had met with the Coalition a few months ago to discuss the needs of the start-up sector.

“I am disappointed about the changes to the NBN, and I can’t deny that. In terms of our connectivity and speed from a global competitiveness position, it’s not the best result. Access to high speeds, and the cost of this access will be a prohibitor for a lot of start-ups,” Eibner says.

Eibner adds the Australian government needs to move quickly to fix the issues that are driving start-ups to set up in other countries.

“The employee share schemes issue is one of the reasons why start-ups leave Australia and go to the United States. Reviewing the policies around that, and also the research and development tax incentives will help us keep businesses here. This helps us keep working towards our goal of building an ecosystem of global businesses based here,” she says.

ENYA has been lobbying for five policies since May 2013, including creating a four-year, $20 million fund for low-interest loans to entrepreneurs, and a government dollar matching scheme for graduates of incubators and accelerators.

Liddle adds the early traction around updating tax laws relating to employee share schemes is good news for start-ups, but education and support networks should be a priority.

“The employee share scheme changes are going to happen. I don’t think it’s the major obstacle for start-ups, but it‘ll definitely be an enabler that will help a lot,” Liddle says.

Liddle describes the NBN as a key issue for start-ups, but adds that both policies aren’t ideal.

“Faster internet is going to improve efficiencies and make it easier for the tech industry to grow,” Liddle says. “Both NBN solutions are less than ideal. The truly ideal solution would be universal wireless internet.”