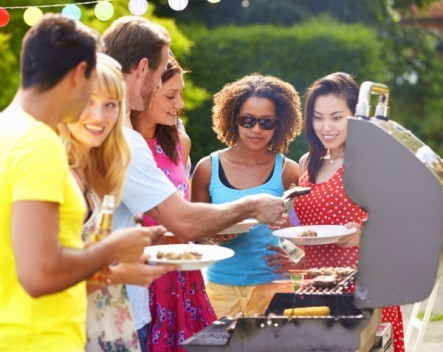 An online social networking platform is looking to solve a problem many believe was created by the internet itself.

Nabo, a startup based in Surry Hills, Sydney, aims to bring neighbours together and in doing so create stronger and healthier communities.

Users sign up based on their suburb and can then interact with their neighbours, community centre, local council and the people living just a few blocks away.

Co-founder Adam Rigby told StartupSmart people live very busy lives these days and don’t have the opportunity to regularly run into their neighbours let alone have them over for dinner – something that is “very different to 20 or 30 years ago”.

“Just knowing people in your neighbourhood is a very important factor in having a healthy and strong community,” he says.

Rigby points out that if there is a suspicious-looking car on the street, it can take a lot of effort to knock on everyone’s door and ask if it belongs to them or if they are concerned about it. The same goes for someone who has lost their pet cat or dog and needs help finding it.

However, it doesn’t take a lot of effort to post something online, and this is where Nabo comes in.

“If someone moves into a new neighbourhood and they want to meet their neighbours it’s a really easy way to do that – as well as promoting their garage sale,” Rigby says.

“We’ve even had someone have their goldfish babysat while they were away.”

Nabo is modelled on US social network Nextdoor, which was founded in 2010 and has attracted around $US90 in funding. However, Rigby says Nabo was only inspired by Nextdoor and is “not connected with them in any way”.

Nabo has rolled out pilot schemes in 19 suburbs in Sydney, Melbourne, Brisbane and Newcastle in the past two months. The startup now plans to expand across Australia, with the aim of reaching millions of users by the end of next year.

Last week, Seven West Media confirmed it had invested in Nabo along with venture capital fund Reinventure Group to the tune of $2.25 million. Rigby says this capital will be used to market the app and grow its user-base.

“We have a strategic partnership with Westpac and Seven and they have very good reach with their customers and media channels, so we will be working with them to make sure people know about Nabo,” he says.

“We’ll be out in the market, whether at a local community event or through traditional or digital advertising. On top of that, it’s very much a place where people invite other people and we’re already seeing that happen. People want their neighbourhoods to be a vibrant, engaged space.”