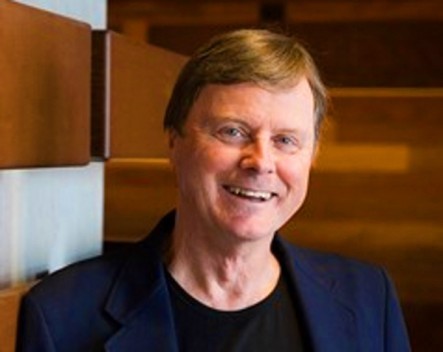 National ICT Australia is working with government agencies across jurisdictions to drive efficiency through innovation … whether the Commonwealth is going to fund it or not.

The federal government may have turned its back on providing core funding for National ICT Australia, but that won’t stop the unique not-for-profit working to create public value and collaborating with government agencies.

Despite considerable anxiety among NICTA’s supporters about what the future may hold after federal funding ends in July 2016, there is plenty of confidence within the taxpayer-funded company’s leadership team. Interim CEO Duane Zitzner — quickly brought in to help chart the way forward after former chief Hugh Durrant-Whyte decided he couldn’t work with the board on the transition and resigned in December — says NICTA is “in good shape and well-equipped for this next phase”. He expects to bring word about a new funding model by the end of March.

Chief operating officer Phil Robertson says the world-class research and commercialisation organisation “has a lot of energy and commitment behind it from all parts of the economy” and the way it works won’t change dramatically.

“I think it’s fair to say that everyone is convinced, you know, the government departments that are funding us and the people participating in NICTA, the universities and the companies we’re working with are absolutely convinced that NICTA is the right kind of model for getting this engagement of top researchers on real problems, which we’ve not been very successful at doing in Australia in the past,” he told The Mandarin.

“We’re currently in very substantial discussions about the next phase and doing it in a more integrated way with others. That’ll be a mixture of public sector and private sector organisations eventually.” NICTA is currently a consortium of the ACT, New South Wales and Victorian governments along with three universities, but the $45 million hole in its annual budget from the end of next financial year will likely need to be filled — at least partially — by new investors.

Among a head-spinning array of nationwide activities that centre on a platform of groundbreaking research and its commercial applications, NICTA also works with government agencies to improve efficiency and transform operations. And while the Commonwealth won’t be allocating any more money, its public service will still be among those that benefit from such collaboration.

“We’ve always done work with federal agencies — not just the ones that funded us — and they have some of the biggest data challenges around,” said Robertson. “And they certainly need to work with our [data] analytics researchers and our optimisation researchers. You know, if we want evidence-based policy then we have to analyse real data and analyse it properly. And as we progress into the sort of next phase … We will go on doing work with federal agencies, for sure.”

NICTA was set up to encourage collaboration between world-class ICT researchers — both home-grown and imported — and Australian industry. There’s much still to do in that regard. But its focus on large-scale national challenges has also led it to deliver public value in transport planning, health, emergency services, agriculture and more.

“They’re areas where we have huge public expenditure,” said Robertson. “Transport alone I think is about 14% of GDP, and if we can make that 10% more efficient, which we can, and we’ve demonstrated that in areas where we’ve engaged with transport companies, then that’s a huge impact, because that 10% can be applied elsewhere for greater benefit.”

He says the Intelligent Pipes project, in partnership with Sydney Water, could cut pipe maintenance costs for water mains by a fifth using sophisticated modelling techniques.

“The way we did that was we looked at all the data they had for their pipes — they had quite a lot — and looked at which pipes had historically failed and the data for that, and then used machine learning and data analytics to predict which pipes are going to fail next. And it turns out in broad terms, we can predict of the failures ahead of time much more often than they could using conventional techniques.”

The savings to Sydney Water alone are several times the cost of running the project; with the water mains costing well over $1 billion to maintain Australia wide, the gains from widespread deployment would be in the hundreds of millions.

Another project, the National Map, is encouraging open government and also demonstrates the unique company’s software engineering prowess, which allows it to put its cutting-edge computer science research into usable software applications.

“These are software engineers who can get a job anywhere in the world but they like working with us because they like working on these interesting research challenges,” Robertson said. “They worked with the Department of Communications initially to help develop a spatial data framework — we’re helping to integrate all the land information systems across Australia and New Zealand — but then that subsequently migrated to what is now called the National Map.

“The critical thing there is the right architecture and engineering to make it in everybody’s interest to open up data, make it available … and so they designed to make it both usable for end users but also for people to provide access to their datasets. And the trick is we don’t store the data … we simply provide access to other people’s data repositories, and it’s enabled a whole pile of data that’s been sitting there, not really very accessible, to be integrated very quickly.”

Building on a range of open source technology, NICTA’s boffins pushed out a prototype within a couple of months last year, demonstrating what its COO calls its “agile engineering approach”.

This story originally appeared on The Mandarin.