No-one saw apps coming, but their future will be unmissable 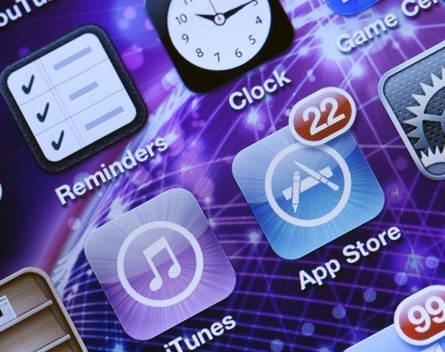 It might be hard to believe, but the first iPhone was unleashed on the world less than 10 years ago.

It was announced in January 2007, displayed in a glass case with adoring fans huddled around it, and released in June of that year by then Apple CEO Steve Jobs.

By the time it launched, the iPhone was already being recognised as sparking a major shift in the phone industry (especially by Apple itself), but in the eight years since this introduction the smartphone – and the app market – has evolved and changed in ways that would have been difficult to imagine back in 2007.

It all started with the web

When the iPhone was launched, Jobs introduced it as “three things”: a widescreen iPod with touchscreen controls; a phone; and a breakthrough internet communication device.

Interestingly, nowhere in that description was any mention of apps. This may not be surprising when you consider that prior to 2007 the word “app” was basically unheard of for phones.

Instead, Apple introduced a web application interface that allowed developers to write dynamic web pages that could be pinned to the home screen of the phone: these were apps, but not in the modern sense.

The web app model allowed Apple to keep control of its device, but also meant developers had limited access to the phone’s native features.

By the following year, it was becoming clear that we would need more than web apps to fully meet the potential of this new device. So, in 2008, to great fanfare (as usual for Apple), Steve Jobs stood on stage and introduced the new iPhone 3G, complete with a Software Development Kit (SDK) for developers.

Also included was the App Store, which allowed app developers to upload and sell their apps to consumers – as long as they were willing to give Apple a 30% cut of the revenue.

Thus was born the “app economy”, a new way for developers to make money that soon became a “gold rush”, with Apple announcing at the beginning of 2015 that app developers have been paid more than US$25 billion dollars so far for their apps (and that’s after Apple’s cut!).

When the app store launched in 2008 with 500 apps, who could have predicted that by 2015 the “app economy” would help create 627,000 jobs in the US alone, and the app store would contain over 1.4 million apps across 24 categories. There are apps for banking, shopping, health and fitness, and of course, many, many games.

The centre of a personal area network

The app economy was thriving, but it didn’t take long for manufacturers to realise that they didn’t just want to control your phone, they wanted to control other devices as well. And they could use your smartphone as a central hub to allow them to communicate with these devices.

It started with the Bluetooth connection to your car and the ability to wirelessly control your TV. But with the explosion of the Internet of Things, all of a sudden, every device from your fridge to your pot plants could communicate with your phone.

What’s more, the network quickly extended to peripheral devices that communicated with your phone but were useless without it. From the Fitbit fitness band to the iRig guitar connection, to the bluetooth heart rate monitor, now your phone and the apps inside it were able to work not just within the confines of your device, but within your entire world.

Perhaps the most telling example of this is that, just this year, Apple released its own iPhone accessory device: the Apple Watch. This kicked off a new category of device that was Apple’s “most personal device yet”.

The smartphone-enabled personal area network was finally being acknowledged, with more than 8,500 apps at launch for the Apple Watch.

A new reality with your phone at the centre

It’s clear that smartphones are occupying an increasing part of our lives, with apps complementing many of our activities. There is a slew of connected devices, and even modifications, that allow them to enhance our physical world through augmented and virtual reality, which is predicted to be a US$150 billion dollar industry by 2020.

Perhaps this is the future of the mobile phone. But perhaps not. After all, would anyone have predicted in 2007 that by 2015 I would be able to connect a heart-rate monitor directly to my phone, sit and use it as a virtual cinema screen, all while checking my Facebook feed via my watch?

Even Steve Jobs may have struggled to predict that. So who knows what the future will hold as we approach the 10th anniversary of the smartphone and the app, except to know that it will be very, very connected!