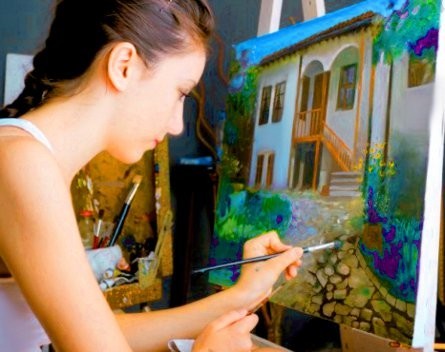 Monica Davidson has been appointed as creative industries business advisor by the New South Wales government to support start-ups turning their creative drive into viable and sustainable businesses.

Davidson told StartupSmart the role was a breakthrough for the local creative start-up community.

“Creative start-ups are no longer a crazy notion. We’re now getting recognition up to a state government level that these businesses are worthwhile, generate revenue and should be supported,” she says.

“A lot of creative industry entrepreneurs haven’t received much support for the idea they can build a business from their work yet,” Davidson says. “We think of the arts are positive for lots of reasons, but not usually as money spinners, so we’re still navigating that.”

She adds the big hurdle separating the hobbyists from the entrepreneurs is the very personal nature of promoting your products.

”Even if you’re selling products, there is a lot of you going into it. It’s like walking into the world and saying buy me, and that’s horrible. That extra step is just too hard, so start-up creatives need to be really brave.”

Creative start-ups make up a significant proportion of Australia’s start-up scene, and experts say the sector will continue to grow in the coming years.

In a statement, Deputy Premier Andrew Stoner described the appointment of Davidson, whose background is in creative business development and drama education, as great news for the local creative industry.

“NSW is home to the nation’s biggest, most diverse, globally connected and sophisticated creative sector, and the government is committed to supporting people to make the most of their creativity,” Stoner said.

“That is why earlier this year we pulled together some of the best minds in the state to develop an industry action plan to drive growth, innovation and productivity across the NSW creative industries.”

“Creative industries with digital technologies is a hugely exciting space,” Hawthorn said. “A lot of our smartest people are in the creative space, so if you enable it with technology, suddenly you have scalable business models.”