NSW now has a minister for innovation 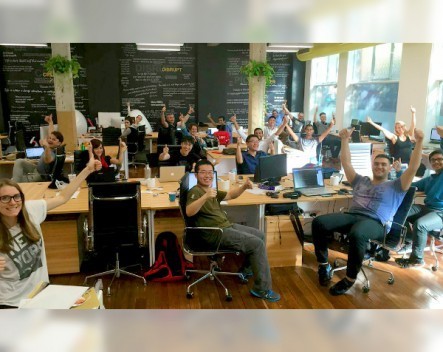 New South Wales now has a minister for innovation, with the swearing-in of Liberal MP Victor Dominello on Thursday.

Dominello has been given the newly created portfolios of innovation and better regulation and will sit in the Baird cabinet.

Previously, Dominello was the NSW minister for Aboriginal affairs and assistant minister for education. He was returned to the safe Liberal seat of Ryde despite a 13.2% swing to Labor at the recent state election – snapping up just over 60% of the vote.

He stresses that while tech startups won’t be asking for government handouts there are a number of policy areas critical to the industry that he and others would like to see addressed.

“We need more IT graduates to support the growing industry,” he says.

“Curriculum changes, or extra-curricular activities like CodeCamp and FIRST, to introduce tech at an earlier age would be a big step towards a solution. There’s lots of data to suggest earlier exposure can help further narrow the gender gap.”

“Space is becoming our primary concern, and we’d love to be able to focus instead on growing the ecosystem,” he says.

“Consideration is needed for startup density in development plans to ensure critical masses can be created.”

The lack of policies aimed at tech startups during the recent state election campaign was a concern for both entrepreneurs and investors, with Pete Cooper – the founder of SydStart and co-working space iCentral – saying he didn’t think Labor leader Luke Foley knew how to spell “startup”.

The conversation around issues facing startups was dominated by the independent member for Sydney, Alex Greenwich, who was returned on election night with almost 60% of the two-candidate preferred vote.

In the last days of the campaign Greenwich told StartupSmart his first question in the new sitting of Parliament would be to the education minister about what is being done to ensure NSW students are being prepared for a digital future.

Almost half of Australian startups are based in NSW, according to data from the Startup Muster.

StartupSmart contacted Victor Dominello’s office for comment, but the minister was unavailable due to the swearing-in ceremony. Stay tuned for our chat with the new innovation minister next week.