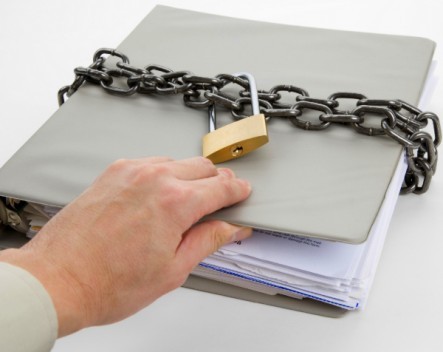 Australia is lagging on open data, according to a new global study — but so is nearly everyone else. Government budgets and company information are being kept hidden.

Australia has fallen three places to 10th in the latest world open data rankings, according to a report by Tim Berners-Lee’s World Wide Web Foundation.

Despite many governments announcing they would move towards becoming “open by default” over the past few years, the 86-country study argues “there is still a long way to go to put the power of data in the hands of citizens”.

The United Kingdom once again emerged as the world leader in open data, while the United States and Sweden — numbers two and three respectively — maintained their positions from 2013. Although Australia’s raw score increased slightly, it was overtaken by Canada, the Netherlands and France.

Australia scored well on “the readiness of states, citizens and entrepreneurs to secure the benefits of open data”, but rated poorly on effective implementation and even worse on the economic, social and political impacts of open data programs.

But we are hardly alone in failing to live up to the possibilities of open data. The study, in its second year, reveals that of the countries surveyed, only:

Just 7% of states surveyed release open data on how health services are faring, while 12% provide corresponding figures on education.

Despite the identification of open data as an important element in transparency and anti-corruption initiatives by the G20 group of countries — of which Australia is a member — and the signing of an Open Data Charter by the G8 (now G7), many rich countries made little progress in the past year.

Even when datasets are made public, many are updated irregularly, include minimal detail, are of poor quality, or are formatted badly:

“For data to be considered truly open, it must be published in bulk, machine-readable formats, and under an open license. This year, just over 10% of the 1290 different datasets surveyed for the Barometer met these criteria — a small but significant increase from 2013, when 7% of datasets were published in full open data format.”

Investment in training and support for civil society and entrepreneurs in open data is also important for promoting accountability and economic opportunity, it says, and highlights the need for support of city-level initiatives, arguing political impacts are greater where data is localisable.

Tim Berners-­Lee, inventor of the world wide web and founder of the World Wide Web Foundation, was critical of the slow progress many countries are making:

“In our digital age, opening up raw government data to everyone, free of charge, is a great way to put power in the hands of citizens. Yet, this research indicates that governments continue to shy away from publishing the very data that can be used to enhance accountability and trust.

“The G7 and G20 blazed a trail when they recognised open data as a crucial tool to strengthen transparency and fight corruption. Now they need to keep their promises to make critical areas like government spending and contracts open by default. The unfair practice of charging citizens to access public information collected with their tax resources must cease.”

“The Open Data Barometer reveals some powerful common success factors across open data initiatives: high­-level political commitment, and sustained resources for building the capacity of data users both inside and outside government. Many developing countries have the political will but not the resources or capacity to succeed. The G7 and G20, as well as stakeholders like multilateral organisations, need to increase aid and lending for well­-rounded open data initiatives to ensure that the “data revolution” doesn’t leave developing countries behind.”

This story originally appeared on The Mandarin.