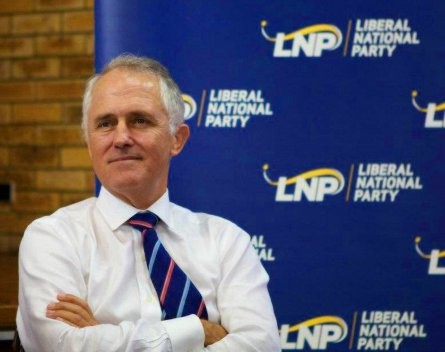 “Australian startups and Australian entrepreneurs find the American market very, very accessible. We need to do a better job of commercialising technology here in Australia.”

That was what Federal Minister for Communications Malcolm Turnbull said, at an event in February last year, when he was still in the shadow cabinet.

While in opposition, Turnbull talked about better R&D incentives, criticising the Howard government for creating uncertainty by changing eligibility rules on this one; he blasted red tape that slowed down the speed of innovation; and was critical of the fact that the number of startups funded by public organisations had decreased over time.

“As we continue to pursue the important goal of improved productivity, which is closely linked to a better utilisation of technology, we have to ensure that governments are doing everything they can to make it easier for people to innovate,” he said at that time.

So when Turnbull took up his mantle in the Abbott government in September last year, there were high hopes of improved government support for startups. This, thought the startup community, was a man who ‘gets’ what we’re about. Despite the fact that his stance on NBN is a source of much contention (that is another seven columns in itself), most in the startup community still saw Turnbull as the answer to getting some much-needed government attention.

And he continued to say all the right things when in power.

In January this year when conducting a live Facebook Q&A session (while visiting Facebook as part of a tour visiting leading US startups), he praised the potential for crowdfunded equity and said more needed to be done to encourage innovative companies.

“We need to do more to encourage innovative companies in Australia . . . an obvious area is rectifying the anomalous treatment of employee shares and options in Oz,” Turnbull wrote at the time. “There is a lot of potential for crowdfunding-type models for aggregating venture capital. We need to think laterally on this critical issue.”

It was only in March this year when he responded to a conversation between Nitro chief executive Sam Chandler and BlueChilli CEO Sebastien Eckersley-Maslin discussing later stage funding options for Australian startups. Turnbull waded into the conversation and invited both of them to meet and chat about the issue with him. A meeting, by the way, that never happened.

Turnbull also wrote an opinion piece of his own for The Sydney Morning Herald, telling Australian startups that the government can help them.

When it comes to funding, wrote Turnbull, “The role for government here is to foster a framework in which investors are protected and yet start-ups can raise money without hiring teams of lawyers and financial advisers.”

Again he mentioned that the government was investigating ways to simplify rules for crowdfunding.

“And finally, the government has a role in making life easier for start-ups to do business in Australia and stay here, as opposed to moving offshore,” he wrote.

“One of the key priorities for the government is changing employee share schemes so that employees are not taxed on receipt of shares and options.

But hopes were shattered on Tuesday when the federal budget was released. Nothing that Turnbull had floated was mentioned, and the limited support that startups had was effectively abolished.

The budget announced the creation of the Entrepreneurs’ Infrastructure Program with an allowance of $485 million over five years, at the expense of the Innovation Investment Fund, Commercialisation Australia and other smaller support programs, saving $845 million over five years. That means even less public money for startups (about half of what it was), something that Turnbull had us believe was an important issue for him. Details of the new program still remain unclear.

The government also cut the R&D Tax Incentive Scheme, and lo and behold, it appears it will become a more complicated process, as BDO points out “in a practical sense, the change in rates results in a more complex calculation of the benefit of the R&D tax incentive”. That was the very thing that Turnbull was critical of the Howard government for.

But that’s not even where it ends. What about his ideas of better employee share option schemes and changes to rules around crowdfunded investment? Two things Turnbull has consistently argued would make a difference to the Australian startup scene.

It was only a few days before the budget was announced that the government delayed plans to introduce a new regime for the employee share scheme. The delay was meant to be until later this year, but there was no mention of it in the budget.

Ways to liberalise the rules to allow greater involvement from investors to facilitate crowdfunded investment are still under review, but there is no deadline on when the report on that will be delivered.

You’d be forgiven for thinking it’s not going to happen.