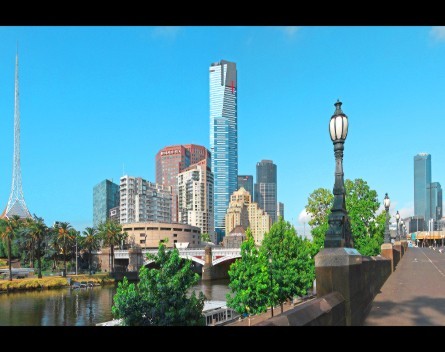 After months of planning, consultation and fundraising, not-for-profit community and event coordinating group Startup Victoria is getting ready to launch an ambitious, collaborative bid to make Melbourne a world-class city in which to launch a start-up.

The not-for-profit group has raised funds to support the organisation, including a full-time chief executive, for two years.

Three entrepreneurs and mentors have been confirmed as board members: Leni Mayo, Scott Handsaker and Michelle Bourke.

Co-founder Scott Handsaker told StartupSmart the founding team had combined forces when they realised many founders were facing similar issues.

“We wanted to do something for the community and ecosystem so we’ve come together to make Melbourne the best it can be,” Handsaker says. “This goal is not a zero sum game so we don’t need to beat everyone. We’re not trying to become the next Silicon Valley, we just need to be the best we can be and build on our strengths.”

Startup Victoria will aim to connect the rapidly growing ecosystem, particularly through events, which Handsaker describes as key to a thriving ecosystem.

“Parts of ecosystems aren’t working as smoothly as they could be and aren’t connected to each other yet. I’d like to see far more events on the calendar as frequency, quality and sophistication of events is an excellent indicator of the health of an ecosystem.”

He adds they have no interest in owning the event space. They’ll be promoting a wide range of start-up events through their mailing list which now has over 3000 people on it.

Another goal for Startup Victoria is raising the visibility of Melbourne as a start-up community. Handsaker says Melbourne has a lot of untapped potential.

“Compared to Sydney, Melbourne is definitely generating less start-ups per capita and we’d love to change that,” Handsaker says. “Sydney certainly has more events, and that’s a key indicator of the ecosystem. But Melbourne seems to have bigger events, we’re now getting close to 500 RSVPs for some of the ones we’re running.”

After a soft launch earlier this year, Startup Victoria has received almost 100 volunteer applications, which Handsaker says is a very encouraging sign of good will.

They’re currently recruiting for a chief executive who will be given the opportunity to connect the ecosystem and explore revenue streams in the coming year to keep the organisation sustainable once the initial funding runs out in two years.