PayPal launches device to accept payments from your mobile 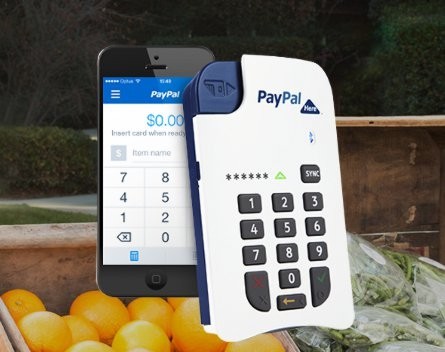 PayPal Australia today announced the next generation of PayPal Here, an app and Bluetooth device allowing Australians to easily accept credit card payments from their smartphone.

The secure, chip and PIN credit card reader has been specifically designed for Australia, where Chip and PIN authentication is widely adopted and will soon be mandated across ATMs, cards and payments terminals.

An evolution of the first PayPal Here, launched in March 2012, the new device turns a smartphone into a complete payments solution. It also enables businesses to generate and distribute invoices and has the ability to log cash payments.

The move by PayPal pre-empts rumours of Square mobile payments launching in Australia.

Square makes a free credit card reader, which business owners can attach to iPhones, iPads and Android devices, allowing them to accept credit card payments. It has proven very popular amongst US merchants.

Speculation about a local launch was fuelled earlier this year when Communications Minister Malcolm Turnbull visited Square’s offices in San Francisco and tweeted a photo of himself with Mr Dorsey, alongside a caption that said he had discussed “disruptive innovation soon to come to Aus”.

Telsyte analyst Foad Fadaghi told StartupSmart the success or failure of any of these devices in the market will come down to fees and charges.

Fadaghi noted that the reasons for Square’s success in the US did not necessarily translate to the Australian market, as we had different banking requirements and regulations.

While PayPal had a large user-base in Australia, their big competitors are the major banks and financial institutions.

“What PayPal does have though is a large user-base and a trusted brand,” Fadaghi says.

Fadaghi says the announcement by PayPal is a continuation of where things are headed in the market, and we can expect increasing innovation in the payment solutions space.

Registrations for PayPal Here product are open from today. The devices scheduled to ship within the first half of the year.