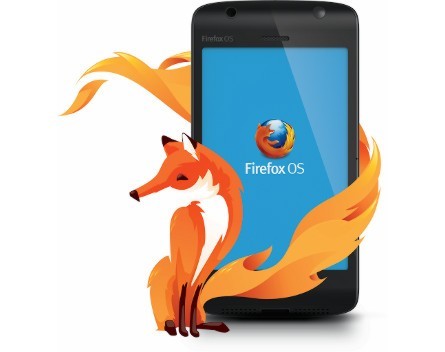 A couple of days ago, Old Taskmaster read a rather interesting op-ed piece over at Forbes covering an issue that could potentially have a huge impact on anyone thinking of launching a mobile start-up.

In the article, Robert Hof points out that, for the first time in history, smartphones represented more than 50% of the mobile market during the first quarter of 2013. As of May last year, that figure in Australia had already reached 57%.

This doesn’t mean the end for the dominant players in the market – including Samsung, Google and Apple – are going away anytime soon. Far from it. But it does mean the rapid profit growth they’ve enjoyed in recent years is drawing to a close.

The high-end of the market is reaching saturation

At the top end of the market, flagship smartphones like Samsung’s Galaxy S4 and Apple’s iPhone 5 retail for around $899 outright. However, we’re rapidly approaching the point where anyone who can afford to spend that kind of money on a phone – either upfront or with a carrier subsidy over 24 months on a plan – already has one.

Meanwhile, at the lower end of the market, Moore’s Law is rapidly pushing down the cost of smartphones towards the $50 mark. This means more smartphones for low-income households and emerging markets.

In 2013, IDC predicts emerging markets will account for 64.8% of all smartphone shipments worldwide, compared to 35.2% in the developed world. This is despite – for example – smartphone penetration in India remaining at around 10% and China’s 3G network penetration at 33%. Even with these low penetration rates, China overtook the US as the world’s largest smartphone market last year.

Who will claim the other 50%

This poses the question: Who will sell smartphones to the other 50% of humanity?

The other 50% is a potential market Mozilla is eyeing very closely. The Firefox web browser developer has created a new smartphone platform called Firefox OS that will compete against Apple iOS, Google Android and Windows Mobile.

What makes Firefox OS different to its competitors is that it’s designed to run extremely fast on low-end smartphones. This is because, instead of loading a full smartphone operating system like the other platforms, Firefox OS smartphones run a cut-down operating system that just supports a web browser – and everything else runs within the browser.

In effect, the apps for Firefox OS are like websites in that they’re entirely coded in HTML5, although unlike ordinary mobile websites, they are are able to access the phone’s hardware (so you can, for example, activate the camera through an app where you can’t from a webpage).

Better still, as HTML5 is adopted across the industry, an app written for the Firefox OS platform should (in theory) work on any of the other major smartphone platforms.

An opportunity to watch

Mozilla has just launched the first smartphone platform running the new platform – the ZTE Open – for just $96 in Spain. The devices are likely to be released in a number of emerging markets before they appear in Australia, although both Telstra and Optus have shown interest.

So are a number of major phone manufacturers, including LG, Alcatel, Sony and Foxconn.

Mozilla has also added the capacity for developers to charge users for apps or run in-app purchases through its Mozilla Marketplace app store. This means it’s reached the point where it’s now potentially a financially viable app platform, rather than just a developer’s toy.

This new platform could be a fantastic opportunity for emerging mobile start-ups.

Now, just to be clear, the Taskmaster is not telling you to bet your company on this new technology. However, it is worth watching what happens with the Firefox OS platform closely – like a hawk.

This emerging platform potentially represents a huge business opportunity. Do some research of your own about it too. That way, if it starts gaining traction, your start-up can be ready to swoop!