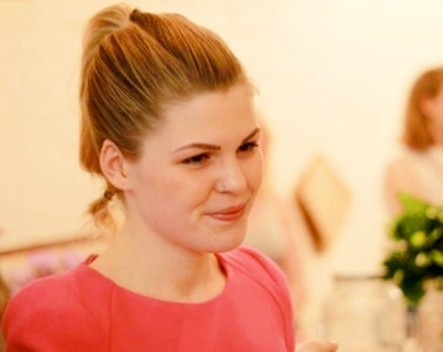 The Internet, and world media, have erupted over the growing scandal of Australian mobile app entrepreneur and social media presence Belle Gibson. Her app, “The Whole Pantry” lists recipes promoting a healthy lifestyle and “Wellness Guides”. Sales of the app have been boosted by claims from Belle Gibson that 25% of the proceeds of sales would go to charity. Despite claims that money had been handed over to charities, most of those named claimed never to have received anything.

Belle Gibson’s celebrity was further boosted by claims she made that she had multiple cancers in her “blood, spleen, brain and uterus”. It subsequently proved however, that the cancers had actually been a misdiagnosis that Gibson admitted was “humiliating”. What was also notable about the cancer claims was that Gibson was shunning conventional treatments and using only “alternative therapies”.

All of this publicity and outpouring of pity for her plight served to boost app sales. On Google Play, it has been installed between 10,000 – 50,000 times. On Apple’s iTunes, it has been downloaded 300,000 times although apparently 200,000 of those were in the first month

Although Belle Gibson is credited with being the developer of the app, it was in fact developed by two freelance developers in 2013. Neither of them seemed to have worked on the app recently apart from Alex Benevento who accompanied Belle Gibson to Apple’s headquarters last year to convert the app to run on the upcoming Apple Watch.

Given the nature of the developers, the costs of developing the apps would not have been significant. But even assuming a conservative estimate of $50,000, it is hard to understand where the company’s “cash-flow problems” came from given how much money was made from the sales.

In fact, most of Belle Gibson’s efforts in the past year seem to have been in producing a book that has been published by Penguin. The book details her diagnosis of terminal brain cancer and how she abandoned chemotherapy for a health and wellness approach to her diet.

The difficulty for all mobile app developers is that there are over 1.2 million apps in both Google’s and Apple’s app store. Getting an app noticed in this is extremely difficult and largely down to chance. The temptation to do what Belle Gibson did would have been enormous. This was especially the case because she had already built up large followings on Facebook, Instagram and her own blog site.

This fame was then fanned by local media wanting to herald local stories of triumph in the world of tech entrepreneurs, especially one with a story as compelling as Belle Gibson’s.

The Age for example, last year ran a story proclaiming with a headline “Australian app creator’s triumph with Apple Watch”, that this was done despite “A cancer diagnosis, family adversity and hard work.”. This line was repeated on other sites like News.com.au.

Facts and questions were not asked. The claim that the app was the “world’s first health, wellness and lifestyle app – a resource for healthier living – when it launched in August 2013” was made despite the fact that there were “2,500 apps related to wellness and health” on iTunes alone as far back as 2009. To be fair to the reporters, this claim, and the one that the app was voted the best app of the App Store was taken from Penguin’s site. In actual fact, the app was a runner-up, a fact made by the developer on his LinkedIn profile.

It is perhaps the fact that the media were amongst those in the general public who were duped by Belle Gibson that the reaction now in unmasking her has been so fierce.

Apple did not mention the app at the launch this week. Customers have started to demand refunds from both Apple and Penguin on the basis of the claims made by Belle Gibson publicly and in her book. Belle Gibson has set her blog and Instagram accounts to private and it is hard to see what they will do other than to pull the apps and the book from sale, before it done for them. There is also the other question of whether Belle Gibson has committed fraud, something that the police appear to be investigating.