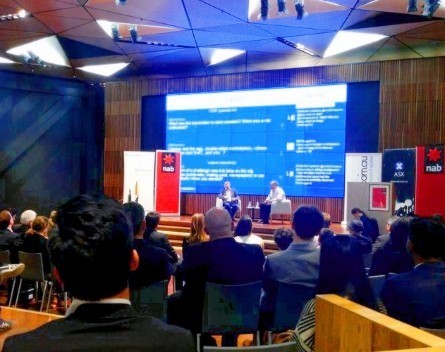 Speaking in front of a healthy crowd of entrepreneurs at a Startup Grind Melbourne event at the NAB Atrium on Tuesday, Carsales.com.au founder and managing director Greg Roebuck gave his top three tips for startup founders to consider when pitching to investors.

1. Don’t expect to be an overnight success

“The chances of someone being an Instagram, two or three years of hard work, a billion dollars; sorry, it’s unlikely. You’ve got to have the view you’re going to be doing this for years. I don’t want someone that’s built something that’s enough to get some money and then walk away. In my view, people say why are you still working in the same business all these years later, they ask why haven’t you done something else?”

“It was never a let’s build it to a point where we can flick to someone else and move on. I like businesses that the people have a genuine passion for, and have passion for it for a longer period of time. It doesn’t mean a great idea can’t be sold to a Google or a Facebook or a Twitter, but it’s probably not how I think about businesses.”

“Car sales were broken. And a lot of things we do in Carsales people take for granted now: like list until sold. We were the first people in the world, certainly in Australia, to offer listing until sold for a classified. I love the old classified model. It was put an ad in The Age on a Saturday it’ll cost you $70 bucks. If it doesn’t sell, well give me another $70 bucks. If it still doesn’t sell give me another $70 bucks.

The problem with that model is they made more money if they did a bad job. Then I came along and said give me your money and my job is to get you a sale and you never have to pay me again because you’ve given me the money for the job I have to do. So solving real-world problems that help people.”