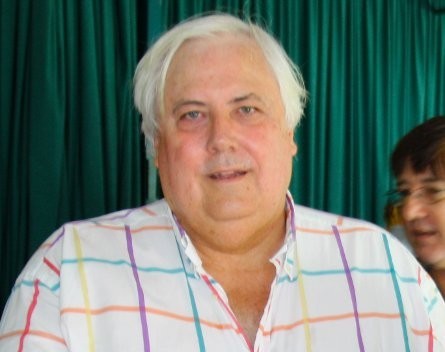 A Palmer United candidate running in the Queensland election has called on the state government to do more to embrace innovation and startups as a way to battle the current economic climate.

Alan Birrell, who is running for the seat of Townsville, told StartupSmart the LNP’s vision of a four-pillar economy based on agriculture, construction, resources and tourism was missing a crucial fifth pillar: technology.

“We need to add a fifth dimension to our economy and from an innovation base we can put money in the right places and give it to the right people with the right ideas which helps create jobs,” he says.

“I don’t think it’s an easy task, but it is a worthwhile task.”

Birrell says Queensland’s Parliament could do with more entrepreneurial thinkers instead of politicians with a strict ideological view.

“We have far too many politicians who are professional politicians and hence they are very willing to toe the party line rather than be out there with original ideas and concepts,” he says.

When asked what policies should be implemented in order for startups to thrive and set up shop in Queensland, Birrell said the state government should prioritise setting up co-working spaces and creating tax incentives.

“Setting up communal working spaces is a very important aspect of it – and getting mentorships in here,” he says.

“I’m aware of the fact they do have these innovation funds but I’m not aware of anybody saying we need to look at our regional development [bringing startups to regional areas] to encourage growth. Just because we’re regional doesn’t mean we all want to be in construction or mining or farming – we have a lot of young, smart people here.”

Last week StartupSmart revealed more than 80% of Queensland startups do not think the Liberal National government is doing enough to support the state’s startup ecosystem, according to research conducted by River City Labs. At the same time, 19% thought Labor’s policies on startups were up to scratch.

However, the Queensland Innovation Minister, Ian Walker, defended the government’s record and told StartupSmart the LNP has encouraged a “turbo-charged startup community”.

Walker pointed to the Startup Queensland fund – as well as the $90 million Research to Reality fund which was announced at the LNP campaign launch – as examples of how the government was planning for a strong startup ecosystem in Queensland.

“In addition, if re-elected, the LNP’s $500 million Entrepreneurial and Innovation fund will make Queensland the best place in Australia for a startup company,” he said.

The Queensland election will be held on January 31, 2015.