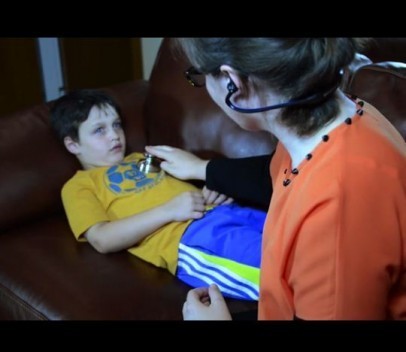 A Queensland health startup is looking to raise $700,000 in order to fund a tech-enabled, wireless stethoscope for home use.

Stethee, based in Brisbane, has turned to Kickstarter and within five days has already cracked the $100,000 mark.

Founder and chief executive of Stethee, Dr Nayyar Hussain, told StartupSmart he hopes to revolutionise the humble stethoscope by allowing people to monitor their heart rate from the comfort of their own homes.

“There’s nothing like it at the moment,” he says.

“Around the world, doctors and researchers have not been able to get their hands on the data because there is simply no device to capture it.”

Stethee comes with a LED ring that pulses in sync with a person’s heartbeat. The device also vibrates with the pulse of the heart and can be paired to a smart device in order to access high-quality audio of heart, lung and other body sounds.

“You can compare someone’s heartbeat to a sample of 100,000 heartbeats and get a good insight into what condition the patient might have,” says Hussain.

“Technology is at the stage now where we can miniaturise the vibration device and it all works seamlessly – you can effectively feel the heartbeat. You get a really intimate profile, which is something you could never do before.”

The startup turned to crowdfunding because of the relatively slow uptake of health tech in Australia.

“For a small startup company you have to speak to the big medical device companies, but they are so big and often US-based so the turnaround is a long time,” Hussain says.

Hussain says it is okay if the startup does not reach its $700,000 crowdfunding goal by the end of January, because he considers the crowdfunding campaign a “success already”.

“We want to really get the attention of some venture capitalists or people in the health space,” he says.

“We see it not just as something for the Australian market but something for the global market – there are no cultural or language barriers. Even if we get to only $500,000, not many businesses or people can raise that amount of money in a month’s time.”