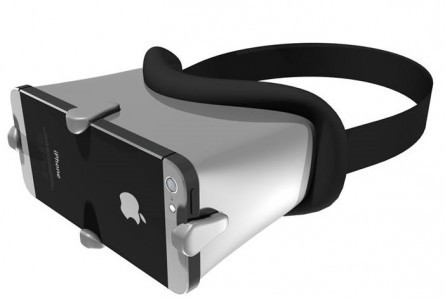 Perhaps inspired by the collective sigh of the internet when Facebook bought Oculus Rift, a team of enthusiastic Queenslanders are hoping to make virtual reality, well, a reality.

The VR SmartView team won the first ever Startup Weekend on the Sunshine Coast last weekend with their idea – a head mountable display that enables users to clip their smartphones into position allowing it to act as the screen, with the intent of creating a mobile virtual reality device.

Wilfrid Watson, who co-founded the startup along with fellow University of Sunshine Coast students Ben Lowe and Danum Harris-Lusk, Metaweb owner Stephen Maher and industrial designer Neil Waldbaum, says virtual reality has always been a passion of his.

“VR is amazing to me, it’s really taken my interest, and with Oculus Rift, that sort of took virtual reality to the masses,’’ he says.

“What VR is as a philosophy, when people first experience it they giggle with joy, it’s a new experience.”

The VR SmartView team played with an Oculus Rift dev kit and say they noticed a few problems: the need for cables, low resolution and high cost.

The idea to use a smartphone as a screen came from that indomitable source of inspiration, YouTube, while browsing do-it-yourself versions of virtual reality, in order to solve some of their grievances with the Oculus Rift.

It was here he stumbled across a video of someone who had made a similar headset for their phone out of cardboard.

“I did a lot of research about who has done what, I think the first guys to do this concept were the University of Southern California, and I’ve looked at the competition and only one guy is selling it at the moment in Germany and it’s a really clunky design,” Watson says.

“Reddit forums have had a lot of mixed feedback, we’ve got a digital mock-up and we’re looking at ways in which to make it more user friendly.”

Watson says he’s heard the scepticism when it comes to the viability of virtuality reality, but he really believes it’s time is now.

“Smartphones are immensely powerful, they’re disruptive devices, and now we’ve got a ridiculous level of pixel density, and for virtual reality the more pixel density in the smartphone the better,’’ he says.

“VR was around in the eighties, when it first came out everyone was like VR! VR! VR!

“It has existed to now with solutions; they’re very, very complex and expensive set ups.”

Watson says the product he and the VR SmartView team want to develop is possible now thanks to the upward trend in pixel density on smartphones, which might not have been the case five years ago.

Having won the Startup Weekend Sunshine Coast, the VR SmartView team will now focus on producing a physical prototype.