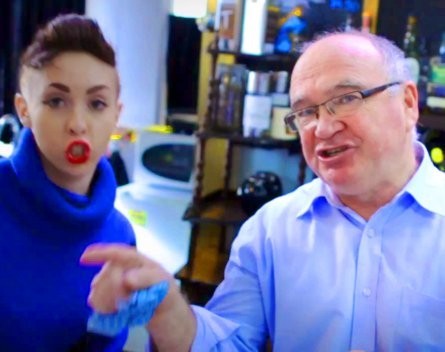 Since Old Taskmaster was knee-high to a grasshopper, the clowns in Canberra have been stifling small business owners with red tape and regulation.

While many business regulations are created with multinationals like BHP Billiton and Wesfarmers in mind, the same compliance hoops and taxes are also forced onto sole traders, small businesses and start-ups with far fewer resources.

Unfortunately, despite the fact small businesses are the backbone of the Australian economy, the message just doesn’t seem to be getting through. Until now, that is.

Thanks to Council of Small Business of Australia executive director Peter Strong – with a little help from YouTube – that message is now going viral. In fact, earlier this morning, the clip was doing the rounds here at Taskmaster Towers.

Strong recorded a rap music video on behalf of small business owners and entrepreneurs across the nation, telling Kevin Rudd to start keeping it real on red tape. It’s a battle rap against bureaucracy.

While it probably won’t force the likes of Snoop Dogg, Dr Dre or Kanye West to update their CVs just yet, the clip turned out better than you might imagine.

If it hasn’t shown up in your email or on your Twitter feed yet, here’s the video everyone’s talking about:

Now, you might think it’s a little silly. But it’s novelty value that causes videos to go viral on social media sites, including YouTube.

So Old Taskmaster says it’s time to take a leaf out of Peter Strong’s book. If you use YouTube as one of your social media channels, don’t just upload a boring old ad. Instead, create a video with some novelty value to it and have some fun with it!

Get it done – and bust a funky lyric!