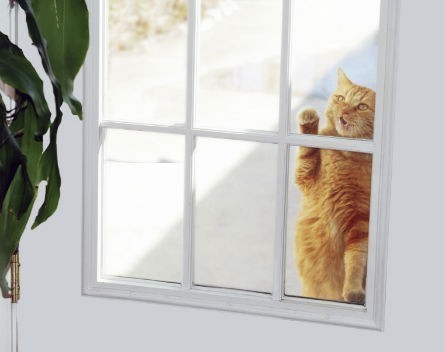 At the heart of Reddit, one of the Internet’s most popular social news and discussion sites, is its users. Over 3.5 million of them keep 9,500 subreddits (communities or topics) fed with shared links and constant discussion moderated by an army of volunteers.

In a first for the site however, many of the main subreddits have been taken private and so effectively have blocked access to users, in a protest over the forced departure of Victoria Taylor, Reddit’s Director of Communications. Taylor was responsible for coordinating one of the popular sections on the site in which guests are invited to answer user questions. These “Ask Me Anything” or AMA sessions have included a range of celebrities including US President Barack Obama and astronaut Chris Hadfield, who answered questions whilst he was on the International Space Station.

Although catalysed by the removal of Taylor, it seems that this latest move by “redditors” and their moderators is part of a background frustration with the management of Reddit who have been seen to be unresponsive to user needs and general feedback. Tensions flared after a number of subreddits were banned over harrassment concerns. Interim CEO Ellen Pao was widely held to be behind the move to clean up some of Reddit’s more controversial areas, possibly in an attempt to make the platform more generally acceptable and in particular, less hostile to women.

As a result of the crackdown on the subreddits, thousands of users have moved over to a new Swiss clone of Reddit called Voat. The site couldn’t cope with the huge increase in traffic and as even more users arrived after the latest shutdown, it has gone offline.

It would be easy to see the current Reddit drama as an example of the tension between unrestricted freedom of expression on the Internet and the attempt of others to keep that expression within a set of ever-changing bounds. But it is also about the tension between volunteers who expend a huge amount of their “cognitive surplus” and the organisations that ultimately benefit from this massive gift of time and effort.

The managers of Reddit seem to be currently struggling with both of these aspects at present. The banning of the five subreddits led to accusations of inconsistency and arbitrariness. As one person commented:

“Why isn’t /r/shitredditsays banned. Why isn’t any of the other disgusting subreddits that harass users every day banned. Why is subreddit after subreddit of /r/fatpeoplehate knock-offs and nothing but being banned.”

With the removal of Victoria Taylor, Reddit management have ignored another fundamental rule of damage control which is to fully disclose what has happened and why. Worse, it seems that the former founder of Reddit and current Chairman, Alexis Ohanian has fanned the flames by posting a comment suggesting that he was amused by the reaction of redditors to the current situation.

Although Reddit management have not stated by Taylor was removed, it is possible that it was because she was unwilling to implement changes to the AMA format that she saw as being commercial and not in the spirit of the way that community was run.

Right now, the subreddits that have not been made private have turned their undivided attention to the current situation. The general dislike for CEO Ellen Pao and Alexis Ohanian has been made abundantly clear with petitions calling for Victoria Taylor to be reinstated and even for her to replace Ellen Pao as CEO.

In reality, users of Reddit don’t really have anywhere else to go although in true Reddit style they are currently discussing the alternatives. The real danger is that the site atrophies as people decide not to volunteer so much time and effort into making it work. There has been no word also from Reddit’s owners Advanced Publications as to what they currently think of the situation. Given that Ellen Pao is only an interim CEO, replacing her would seem like the smartest move. Keeping Ohanian from commenting, at least in any sort of official capacity at Reddit, could also help.