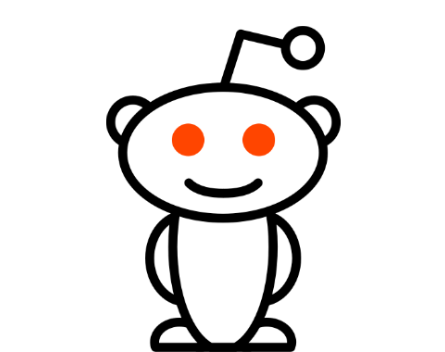 The “front page of the internet”, Reddit, itself has a new front page: Upvoted. This standalone news site offers content drawn from Reddit posts – a “Redditorial” process – rather than the free-for-all that gave Reddit its reputation as “the dark, unruly id of the internet.”

Upvoted looks slicker and cleaner than the basic, text-heavy Reddit, and re-purposes the same content with more pastiche. The offer is a more agreeable and, to critics and supporters alike, more marketable alternative to the original site.

But despite its name it doesn’t include Reddit’s upvoting feature, where website’s users can vote up posts and comments they like, and it has all but removed comments – the interactivity that Reddit was founded on. Instead comments are relegated to parallel threads in the /r/upvoted subreddit folder on the original site.

Many commentators have wondered what it is, and why. “Is this Reddit in a Buzzfeed-like package to reach a broader audience?” asks asks one poster on Reddit, while another asks on /r/upvoted: “How is Upvoted at all different from [now defunct] Digg?”. Even though Upvoted comments come via Reddit, is Upvoted really a betrayal of Reddit’s values? I’d argue we need to look at Upvoted not as an abandonment of Reddit but as a natural response to tackling “the comment problem” – a problem that many websites face in this new, interactive web filled with community-created content.

In trying to separate the best of its content from the worst Reddit’s management are trying to balance the need to promote content and innovation, attract web traffic, lure advertisers and maintain its thriving community, while trying not to repeat the events of earlier this year when relations between its community moderators and management resulted in a strike. Not an easy balance.

The Guardian has also struggled to maintain open engagement online, and has often closed comments on sensitive stories. In the last year or so, several high-profile blogs, newspapers and online magazines such as Popular Science, The Verge, and Gawker Media’s sites have shut comments, or paused them while seeking a better way to control their use.

For all the ways digital media have made the web an exciting space, comment sections can quickly remind us that it’s not always comfortable. To its credit, the negotiation between Reddit as a community platform and Upvoted as a slick new site is playing out openly. At the /r/upvoted subreddit, Reddit co-founder Alexis Ohanian is responding to concerns: “Every article on Upvoted.com has a comment thread on Reddit (r/upvoted)”, he wrote. Is Upvoted just a Buzzfeed mimic? “We’re aiming higher when it comes to things like crediting OP [Original Posters] and adding value,” he responded, defending the core focus on Reddit content and its community’s voices.

Digital media – websites, blogs, sites like Reddit – are often written about as if separate from the rest of the media, offering counter-narratives. But as they become increasingly critical and established players they cannot be isolated. Those operating online are at their best when they challenge the ways we think about media and public discourse, or when they provide online spaces that are part of a new, vibrant digital public sphere. However, digital media can struggle to retain audiences when they are seen as going too far, or when trying to build their profile through controversy.

At its best, Reddit is a platform for many voices that can direct us to online content we’d never otherwise see. At its worst it’s an absolute horror, something that we turn away from, which makes it vulnerable to criticism around issues of civility and acceptability.

So is Upvoted an awkward reaction to a particular problem, or is it tackling the challenge of balancing community and content? Measured against the raucous Reddit people have come to know, it seems to be the former. However, if we realise that Reddit emerged as a space where restrictions are anathema and from which it is trying to evolve and change, then perhaps Upvoted is a natural addition to Reddit’s platform – one that responds to the challenges and pressures that larger audiences and attention brings.