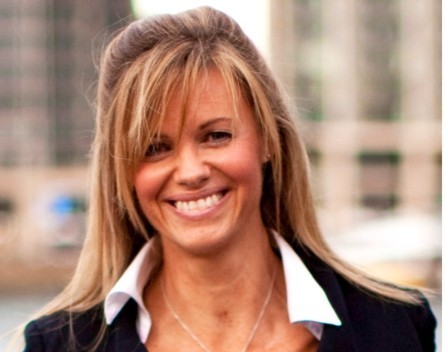 Increasing access to venture capital for startups should be the goal of changes to the Significant Investor Visa, according to OneVentures managing partner Dr Michelle Deaker.

The government’s National Industry Investment and Competitiveness Agenda is set to be released on Tuesday, and as the Australian Financial Review reports, it’s expected to recommend changes to the visa, which is available to overseas high net worth individuals who invest a minimum of $5 million for at least four years.

The visa conditions are expected to be altered to encourage investment in areas the government deems most important. Exactly what areas those might be, won’t be known until the report is released. Deaker says they should include the venture capital industry and startups.

“I think it would be a great opportunity to channel capital into those funds generating economic investment in Australia,” she says.

“Exactly what I’d be doing is to trying to channel capital into those areas where there are structural market deficiencies, and one of those areas is venture capital.”

OneVentures released a white paper on Monday titled ‘Startup…and then what’ which pointed out Australia’s strong record of starting businesses and a high calibre of early stage venture capitalists. It also noted that according to the 2014 Global Innovation Index Australia ranks 17th of 143 countries, up two places from last year.

However, the paper says Australia “is not yet putting the runs on the board as an innovative centre for VC and PE (private equity)”. Deaker says lack of capital, plus the fact Australia struggles to commercialise its innovation, is holding Australia’s startup ecosystem back.

Another sore point for Australian startups over the past few years have been changes to employee share schemes by the Labor government in 2009, which meant employees were taxed when they receive share options from their company, rather than when they are sold or become full shares.

The government is expected to reverse the 2009 changes so that share options will be taxed when they are converted to shares. The move’s been on the cards for some time, given the considerable pile of evidence of the benefits of such reform.

“The implementation of the changes in such a thoughtless way was a disaster for the early stage community,” Deaker says.

“We all spent a lot of money and time working out how to deal with it. When they came in they didn’t sit down and look at the impact it would have. This will go a long way to getting our startup economy really rejuvenated.”

Legal product manager at LawPath, Dominic Woolrych, says it’s a big help to startups and their employees, but doesn’t necessarily mean it will be any cheaper or less complex for them to use the scheme.

“These reforms cannot come quickly enough for Australian startups who are losing potential employees to overseas markets,” he says.

“The reforms are expected to mirror the English ESOP program known as the Enterprise Management Incentive Program. The advantage of this program is that it does not require employees to pay tax on shares granted by an employer under a certain threshold.

“Solving the tax issue for the employee is crucial. However, the reforms may not solve the complexities and high costs involved for bootstrapped Australian startups.

“For Australian startups to be competitive globally, we need to be able to retain our talent and attract more of it from overseas. The reality is the reforms are a step in the right direction but likely won’t go far enough to stop Australia haemorrhaging talent to London and the US.”

“The current system has in some cases prevented us recruiting the founder talent we need to build Australia’s next generation of businesses,” he says.