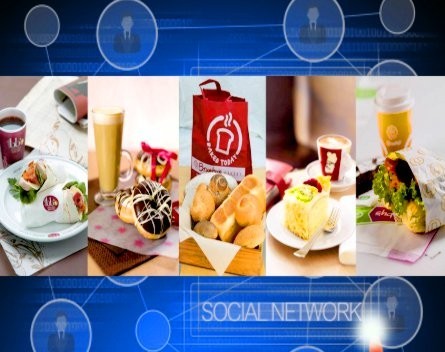 Jason Gehrke, director of the Franchise Advisory Centre, told StartupSmart it is important for every franchisor to maintain a strong social media presence.

But according to Gehrke, there is a notable lack of social media policies in the franchise industry.

“It can often be the case that in small and growing franchise systems, there is little or no defined social media policy at all,” Gehrke says.

“But for a mature brand – and RFG has a number of mature brands – that just isn’t a good thing.

“Consumers today are so much more empowered than at any other time in history. If they’re not happy with a product or service, then they have so many options to make that dislike known.

“Social media is actually a very powerful way of producing consumer feedback to franchisors on franchisees’ performance, and feedback on the entire network as well.”

Gehrke’s comments come after RFG – which operates brands such as Brumby’s Bakeries, Donut King and Michel’s Patisserie – announced the establishment of a social media command centre and the appointment of an in-house digital team.

It’s understood these additions will enable RFG to develop better digital campaigns and initiatives for its various brands, and help the brands enhance their social media presence.

According to Brent Lupton, RFG’s digital innovations marketing manager, the investment is part of a bid to modernise the brands and ensure they remain relevant among tech-savvy consumers.

“Today’s consumers are more technology‐minded than ever before and online, particularly social media, is often the first place they’ll go to connect with a brand,” Lupton said in a statement.

“It’s important for RFG [to] have a comprehensive digital offering to ensure we maximise the huge potential this platform offers businesses in today’s consumer‐driven world.

“By developing a sophisticated in-house digital team, each of our brand systems can now more effectively include digital elements to their campaigns and fast-track delivery to market.”

The social media command centre, meanwhile, will operate from 9am to 10pm every day of the week. It will focus on connecting with customers, and responding to complaints and questions.

“If a customer has a concern or question, we want them to be able to speak to us directly in their time in an environment they love,” Lupton said.

Gehrke believes franchisees are often ahead of the game when it comes to social media, suggesting franchisors need to lift their game.

“You get enthusiastic, brand-positive franchisees who want to promote the brand in every way that they can, including social media environments,” he says.

“And certainly there’ve been instances where franchisees have created a presence for the brand on a social media platform long before the franchisee has, and then the franchisor is playing catch-up to try and regain control of their brand in that environment.

“The [franchise] agreement may not have evolved as technology has evolved. As technology evolves and as the business environment evolves, so too should franchise agreements.

“As we see more and more Gen Y franchisees come into business ownership, it will be increasingly expected among them that franchisors will have a social media policy.”