Ribbit! App developed by Queensland scientists aims to be the Shazam of frog calls 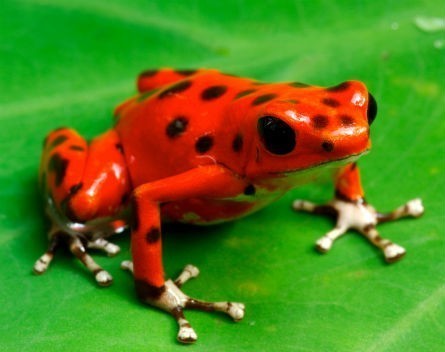 Queensland scientists have developed an app that allows users to identify frogs by their calls. It’s not quite Shazam for frogs yet, but it’s a step in that direction.

The app, developed by scientists at James Curtin University in Queensland and released earlier this month, stores the calls of all 238 known Australian frog species, along with other information, to help users identify frogs.

Designed to replace textbook field guides, the Frogs of Australia app features information about each of the 238 discovered Australian frog specifies. Users wishing to identify a frog can use geolocation to narrow that list of 238 to a more manageable one which includes those known to live in that area.

The frog can then be identified by matching it to profile pictures or an audio recording of the frog’s call stored within in the app.

Senior lecturer, College of Marine and Environmental Sciences at James Cook University’s Centre for Tropical Biodiversity and Climate Change, Dr Conrad Hoskin says there was a need for an updated field guide for Australian frogs and it made the most sense to throw away the old textbook format in favour of an app.

The dream is to eventually develop technology that helps such an app identify frogs, without user assistance, in the same way music discovery app Shazam identifies songs and artists. Shazam’s technology is how Apple’s virtual assistant Siri identifies songs.

“That’s where we’d like to end up. The thing with Shazam is when a song is playing, it’s the same song anywhere you’re playing it,” Hoskin says.

“When you’re out in the field, there’s never just one frog calling. There’s always lots of individuals, and the range in frog calls is quite amazing. So we’re not there yet. We’ve got the calls at your fingertips, but it still requires the user to identify them.”

On average two new frog species are documented in Australia every year, so the app also includes a submit feedback function, which puts users in contact with Hoskin and his team, so they can investigate any interesting finds.

Hoskin says that feature is designed to help the team tap into bushwalkers and explorers who might bump into new frog species in their travels.