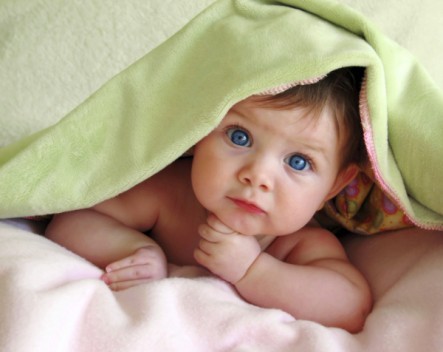 Virtual reality technology and giving birth are two things that normally don’t go together, but that hasn’t stopped Samsung Australia from running a marketing campaign combining the two in order to promote its Gear VR headset.

The company live-streamed the birth of an Australian fly-in fly-out worker’s son while he was working 4000 kilometres away, creating a short film in order to tell the family’s “emotional and poignant story”.

“Thousands of families across Australia are missing out on precious moments every day and it’s taking its toll,” a voiceover on the video says.

“Now, for the first time, Samsung VR technology will help bring people closer together so they can share moments that should never be missed.”

Samsung’s chief marketing officer Arno Lenior said in a statement the marketing stunt was an example of “true innovation”.

“This is what technology is all about; enabling human experiences,” he said.

“As one of the leaders in technology innovation, Samsung wanted to demonstrate the potential of virtual reality and how this unique technology can address real challenges people face every day. Through Alison and Jace’s story, we’re excited to be able to demonstrate how technology can help tackle the tyranny of distance and bring our loved ones closer.”

Father attends birth of son from 4,000 km away via Samsung VR – Yeah, not sure that’s entirely a good use of VR – http://t.co/5GjoDu6VRQ

However, John Allsopp, the organiser of the Web Directions Conference in Sydney, told StartupSmart he was surprised there hasn’t been a bigger social media reaction to the campaign or more cynicism in mainstream media coverage.

“In some respects I applaud Samsung for trying to make human stories part of their tech story but I don’t think they got it quite right,” he says.

“I think Samsung isn’t going to help itself if they make it about them. But there is a much deeper, interesting thing here, which is we’re living in this world which, in a sense, is shrinking distance, but in a way has created further distance between us… and we’re trying to use technology to have those new distances shrunk back again.”

Allsopp says he would encourage Australian startups to not follow in the marketing campaign’s footsteps and instead think about how you bring human emotion and technology together in a more nuanced way.

“If you’re a smaller, younger startup, don’t make it about you,” he says.

“Make it about what you enable, and have the confidence that if you can genuinely tell that story, you will make that connection.”

Samsung’s VR advertising campaign follows a media storm last month where it was revealed its Smart TV voice recognition software transmits the words of customers to a third party, leading to fears consumers could be spied upon.