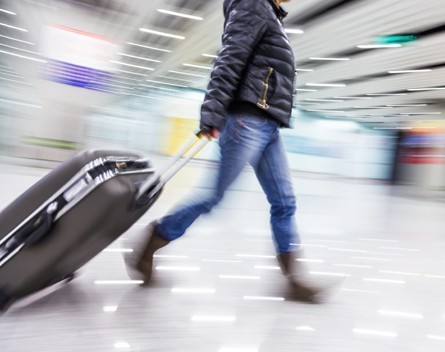 Posting photos of important keys has been a big no-no in the security industry and the American Transport Security Administration (TSA) department just found out why.

Someone at the TSA is in a lot of trouble today after photos were posted online of the key the agency uses to open luggage at the airport, leading some enterprising folks to publish files allowing anyone to 3D print the master key, as Wired reports.

In a testament to how quickly a little security mistake can have real-life consequences, it took only an hour for someone to print the master key and prove that it works on a TSA-approved lock.

Just from the photo, which was of a hand posing with an area of master keys, some lock-picking enthusiasts were able to create files with the precise measurements of the key, which works on all the locks you’re supposed to put on your luggage at the airport.

The user who posted the files told Wired it’s all a bit of a laugh.

“Honestly I wasn’t expecting this to work, even though I tried to be as accurate as possible from the pictures,” the user said.

“I did this for fun and don’t even have a TSA-approved lock to test. It shows how a simple picture of a set of keys can compromise a whole system.”

The initial photo seems to have been accidentally published by the Washington Post and quickly removed, but it was far too late by then.

“We’re in a day and age when pretty much anything can be reproduced with a photograph, a 3D printer and some ingenuity,” one user told Wired.