Sessions limbers up for global growth after funding from US investors 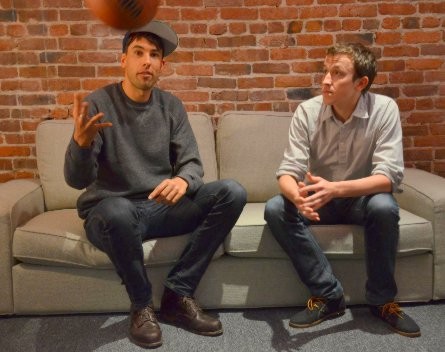 Above: Nick Crocker and Ben Hartney

An entrepreneurial Australian duo are rolling out a new online health and fitness venture called Sessions in their homeland before global expansion, after getting financial backing from a group of US-based investors.

Sessions, created by Nick Crocker and Ben Hartney (pictured above), aims to help people lead a better lifestyle by providing a 12-week program of exercise, healthy diet and motivation.

Crocker previously co-founded Brisbane-based venture We Are Hunted, which has reportedly been purchased by Twitter.

The Sessions program is delivered online on a weekly basis, with each customer assigned a coach who will encourage them and help them deal with unexpected disruptions. The service is priced between $69 and $399, depending on the level of interaction and support with the coaches.

Crocker and Hartney, who first met at university, pitched an original exercise-based idea last year to Rock Health, a San Francisco-based start-up incubator that focuses on the healthcare sector.

This concept was accepted, providing the duo with $20,000 in funding, but it was then refined to become Sessions. The past year has been spent building, testing and refining the product before it’s market-ready.

While building the venture, Crocker and Hartney also managed to secure funding from a New York investor called Collaborative Fund. Crocker refuses to reveal the amount of funding, but it’s understood to be under $1 million.

Following a pilot program in the US and Australia, Sessions is now open to the public.

“We applied to Rock Health with a different idea, a location-based sports app that would link you to other people who like to exercise,” Crocker tells StartupSmart.

“We built a prototype but in doing that we stumbled on a more important problem – most people not exercising enough in the first place. In the US, it’s something like 3% of the population that gets 150 minutes of moderate exercise a week.”

Crocker says that Sessions will provide empathetic coaching to people who don’t already exercise, providing it a point of difference to other businesses that primarily focus on people who are already active.

The business already has a team of around a dozen life coaches, personal trainers and dieticians, with each coach taking on up to 500 clients.

“Just because someone has a personal training qualification, that doesn’t mean they have the ability to work with a woman who is 54 and is so overweight she is struggling to walk at lunchtime. It takes a certain empathy to work with that person.”

He adds: “I’m not doing this business to make a quick buck. I want to do something meaningful.”

“If could build a business that could involve a million people, everything else will take care of itself. That’s a big impact we could have in the world.”

Crocker says he has a long-held interest in how people’s behaviour is influenced. He gave a TED talk on the topic in Darwin in 2011.