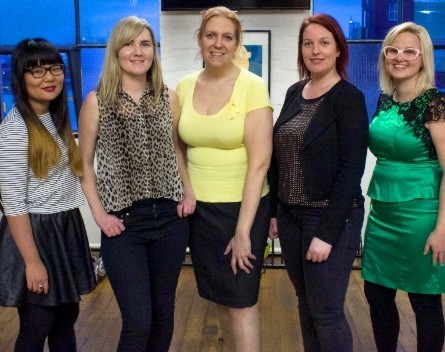 “My perception is the maker community has some traction here, but it’s not nearly as evident as it is overseas – it’s really in its infancy here. I don’t really understand why, because there’s a lot of creative people, but it could do with a boost,” Staines says.

“The last major event here was Eurisko and it wasn’t well populated. I was a speaker at the Inside 3D Printing Melbourne event, which was part of a series held all over the world.

“The New York event was massive. The same in San Francisco and Tokyo. Then it got to Melbourne and – tumbleweeds.”

Staines hopes part of the solution will be a new annual female one-day maker faire called She Makes, which takes place on October 11 at Inspire9 in the inner-Melbourne suburb of Richmond.

Along with Staines, the event will bring together a number of leading figures as speakers and workshop presenters. They include a video presentation by Ann Marie Shillito, the founder and chief executive of Anarkik3D; the founder of Melbourne-based wearable technology startup Akanz, Aakanksha Chhikara; and Andy Gelme, who was part of the founding team at LIFX.

Following talks from talks from industry experts, the event will break up into three “streams” with workshops covering hands-on 3D printing, programmable wearable tech, and a third taking a more theoretical look at the technology.

“While it might be a stereotype, I find guys tend to tinker but not know what they want to do, while women are task-orientated. Maybe they’re making parts for an MRI or an art exhibition.

“Personally, I’m a prop maker. I make sci-fi props for cosplay as a hobby, and got sick of purchasing parts from overseas at incredible shipping rates.”

Staines says the event is designed to challenge the misconceptions people need to be highly skilled engineers to get involved in 3D printing.

“The core to me is that it might seem like it’s technical, but really it’s not – it’s an incredible enabler,” she says.

Further details about the event and tickets are available here.