Should movie studios be worried about Netflix’s first feature film? 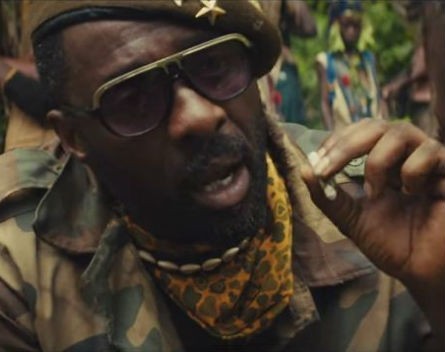 The American summer is always important for the movie business, and this past one was the second-biggest ever for ticket sales.

Get used to this model. Universal will drop the next Jurassic instalment in 2018, while Disney, which controls the Marvel cinematic universe, will hatch around a dozen synergistic superhero flicks over the next five years.

Yet the biggest industry news of the summer didn’t emerge from the chain megaplexes and their monster grosses.

Director Cary Fukunaga’s Beasts of No Nation opened to rave reviews at the Venice and Toronto film festivals. But more than the film’s style or premise, it’s the business model that has raised eyebrows around Hollywood.

Rather than have a theatrical release, the low-budget film will be mostly skipping theatres altogether, and will instead stream directly to Netflix subscribers.

Could it be a game-changer? Might it threaten the oligopolistic model through which the big studios and megaplex theater chains – AMC, Regal, Cinemark and Carmike (all boycotting Beasts) – have come to dominate the industry?

The low-budget film: a different beast

Beasts of No Nation is a socially conscious film about children who were snatched away from their families to fight as mercenaries in an unnamed, battle-torn Africa country. Given its small production budget ($US6 million), the film is hardly a threat to the behemoth budget blockbuster model of major studios, one that consistently banks on appealing to the desire of filmgoers to escape into fantasy.

Take Jurassic World. Aided by $US30.7 million in TV ads, it roared through opening weekend at 4,274 domestic theatres, swallowing $US209 million in ticket sales alone.

Films lacking such gaudy financial backing can’t compete. Instead, they rely on good reviews from film festival screenings and hope to parlay a limited theatrical release into a successful awards season.

While films with star power might get bought by one of the “mini-major” distributors who bring indie films to megaplex chains, most small films hope to make their money back through DVD sales and the evolving market of Video on Demand (VOD).

So when Netflix offered to buy Beasts of No Nation for double its budget and promote it heavily, it was a hard offer to refuse.

For Netflix, subscriptions are the bottom line

Over the last decade, VOD has become a viable means for commercial success outside the restrictive studio-megaplex model.

And as last year’s awards season proved with winners like Birdman, Boyhood and Whiplash, viewers yearn for films with more substance and story than special effects.

While a handful of indie films do make it to megaplex screens, most people see such films at home through VOD, a market that has grown by around 4% a year. Subscription VOD has grown even faster, at about 8% each year, and it’s this market for over-the-top content (OTT) – media delivered via the internet, rather than pay TV subscriptions – that Netflix is after.

Netflix, which killed video rental companies with its mail-in DVD business, has evolved into a digital, subscription service giant, one that streams many films that major movieplexes ignore.

It also began producing its own content: when competitors like Hulu Plus, Amazon Prime Instant Video, SlingTV and NowTV emerged, Netflix financed series like House of Cards and Orange Is the New Black.

Netflix realized that the best way to attract and retain subscribers was to give them content they can’t get anywhere else. In a sense, Netflix’s productions – nominated for 34 Emmys this year – are elaborate ads for the brand.

With a bottom line dependent not on ad revenue or ticket sales, but on subscription, Netflix knows this strategy works because it has years of digital data from subscribers, and their algorithms tell it what subscribers want.

Netflix needs it to work. Telecommunications companies like Verizon, Comcast, CenturyLink and AT&T, whose stock values are falling as customers cut the cable and go digital, have now started developing OTT streaming services.

Film production a logical next step

In spring 2014, the streaming service expanded into the Americas, the British Isles and Scandinavia, and pushed into Western Europe last fall.

Normally, production companies have to sell rights to their movies nation by nation, territory by territory. The big studios and theatre chains have this brick-and-mortar market cornered. For example, France – where Netflix added 900,000 users this year – has strict timing rules for theatrical and VOD releases.

But now, Beasts of No Nation will skip most theatres and stream on Netflix. And the more buzz the film gets, the more it will help Netflix in its efforts to attract customers from their main French competitor, Canalplay.

In October, as the EU considers a single Eurozone digital market, Netflix will move into Spain, Italy and Portugal. Already in Australia and New Zealand since March of this past year – and set to expand into Japan later this fall – Netflix could grow its global subscriber base by over 40 million this year.

With China, Hong Kong and Singapore on the horizon, it’s no surprise that Netflix’s next set of releases – the sequel to Crouching Tiger, Hidden Dragon, a Keith Richards rock-doc and Brad Pitt’s next political film – have global appeal.

So is Netflix moving into film production a threat to big studios and megaplex chains?

If audiences tire of the blockbuster action films that they view in droves, maybe.

But mostly, if Netflix films like Beasts of No Nation get good press and are well-made, they’ll simply further promote the brand to a type of global consumer – a viewer interested in smarter, edgier films with social relevance – that the blockbuster film producers have already largely forsaken.