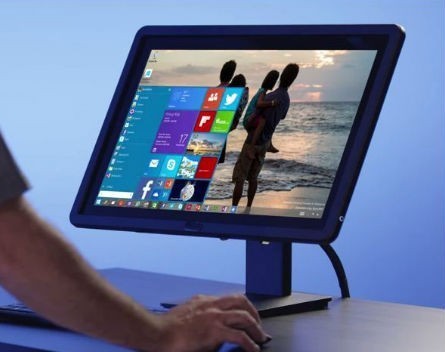 This week Tech giant Microsoft unveiled the next major release of its Windows operating system, known as Windows 10.

At this stage, Microsoft has only released an early technical preview for PCs, so it would be premature to praise the latest version too highly. Nonetheless, especially for small businesses and Windows app developers, there’s a lot of promising news about the new operating system.

The big overarching change is a shift in how Microsoft applies the Windows platform over a range of devices, including everything from smartphones and tablets to Xbox game consoles, PCs and servers.

With Windows 8, the idea was to create a single user interface (UI) that works the same way on everything from smartphones and tablets to desktops and servers. This led some to complain the tablet-optimised smart screen interface didn’t work well with a keyboard and mouse on a desktop PC.

As Microsoft executive vice president of operating systems Terry Myerson explains in a statement, there’s been a subtle but very significant shift that takes place with Windows 10. “We’re not talking about one UI to rule them all – we’re talking about one product family, with a tailored experience for each device,” Myerson said.

A key example of this is the return of the start menu in the desktop PC version of Windows 10. The start menu has been a fixture of Microsoft’s desktop user interface since the days of Windows 95 and NT, and its removal in Windows 8 in favour of the tile-based start screen was the cause of many complaints among loyal long-time users.

The revitalised start menu has an area to the right where users can arrange their tiles, in a manner similar to the start screen, without having to leave the desktop.

Another is that Windows Store apps will work in a window on a desktop, unlike in Windows 8, where they ran in full-screen like they do on a smartphone or tablet.

Likewise, on a desktop PC, users will be able to have multiple desktops. This has long been a favourite feature among desktop Linux users, and will be a very welcome addition to Windows desktops.

For developers, the really big news with Windows 10 is that while the user interface is tailored for all Windows 10 devices, universal Windows apps will work on all of them. One set of code will be able to target everything from a full-screen app on a smartphone or tablet through to a windowing app on a PC. Because of this, there will be just one Windows app store developers will need to deal with for all devices.

This is a huge step up from Windows 8, which required different versions of an app to be developed for Windows Phone smartphones, the desktop environment for PCs, and the start screen interface on Windows RT tablets.

Meanwhile, for businesses, the major change is that mobile device management style separation for work and personal apps will be a feature of all devices running Windows 10, from smartphones through to tablets and PCs.

With a growing number of businesses opting for bring-your-own-device policies, the ability to securely wipe work files and data from an employee’s device while leaving their personal apps and files intact will be welcome.

Windows 10 will also make it much more difficult for sensitive data to accidentally or maliciously fall into the wrong hands. This is because the ability to open files will be linked to user accounts at a file level, meaning the protection follows a file wherever it goes.

And now we play the waiting game (or Hungry Hungry Hippos)

Now, as I mentioned at the start of the article – and this is very important to note – Microsoft has only released a technical preview at this stage. It is aimed at developers and IT experts who are comfortable with using and evaluating unfinished software.

Microsoft itself recommends people only install this software on a secondary computer, because there is a risk that there might be serious bugs on any given day. Sensible PC users should wait for the full version to be released before using it on their production machines.

Nonetheless, on a number of important fronts, the direction Windows 10 is taking should be exciting news for those who rely on Microsoft products for their business.