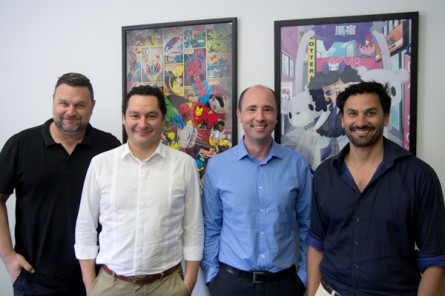 The newly launched coding academy is set to drive digital literacy across Australia with coursework and teachers direct from Silicon Valley.

Coder Factory Academy, a joint venture between Sydney’s Coder Factory and the Academy of Information Technology, is open to people from all walks of life, from school-leavers to corporate executives.

Managing director Raman Nambiar tells StartupSmart he spent the past two years in San Francisco around the time that coding boot camps started rising across the US.

“We basically brought over the boot camp style of coding development in the US and accredited it with a nationally recognised qualification,” Nambiar says.

While digital literacy was once reserved for the likes of tech-heads, mathematicians and scientists, Nambiar says it is fast becoming an ability desired by people from all backgrounds and a wide range of industries.

Corporate giants like Telstra have already recruited the Coder Factory Academy for shorter one or two-day workshops. These can be tailored to a diverse cohort of employees including non-tech people and business executives.

Applications for the six-month coding boot camp program will be open until February 28, 2016, with classes starting the next day.

Nambiar says no experience is necessary and you don’t need to have shown any aptitude.

“They haven’t detected a pattern in people that succeed at coding and people that don’t,” he says.

Applicants are questioned on their career goals, tested on basic logic and assessed on interest levels as the course is exceptionally intensive with students required to commit up to 10 hours per day, five days a week.

“It’s very much project-based with a lot of hands on coding, full app development and it takes a minimum viable product approach to make them build something fast,” he says.

The program also offers a Women in Tech scholarship.

“We are trying to promote more tech opportunities for woman,” Nambiar says.

The course, which provides training in several coding languages, is priced at $19,700 for six months but Australian citizens can get VET-FEE HELP.

Course graduates will be linked with a wide range of industry networks they can approach with a complete portfolio of software development projects they have worked on during their study.

“Some people come with a very definite mindset on a startup they want to launch and others just want to arm themselves with coding skills,” he says.

Tracking the success of the course in Sydney, Nambiar and his team are aiming to launch coding boot camps in Melbourne in July and Brisbane in October this year.