Smaller is smarter at the 2015 International CES 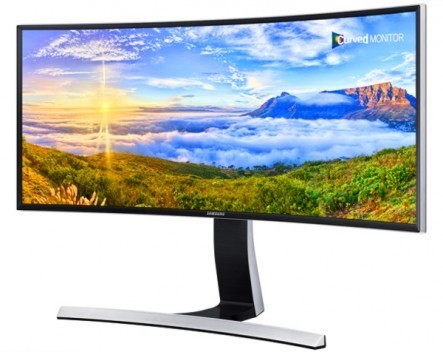 An app that can unlock your front door with a digital key and the latest wearable sex tech OhMiBod are just some of the next generation of high-tech gadgets and devices on display this week at the International Consumer Electronics Show (CES).

So what are some of the big things to look out for from the show, held each January in Las Vegas, in the United States? And how far has our technology evolved over the past year?

This year’s CES presented the largest ever showcase of Internet of Things (IoT) products.

The IoT is all about connectivity. It aims to use the internet to connect a whole range of devices and appliances, as well as things like the lighting and window coverings in your home.

Large growth is expected within this sector, which Dr Michael Cowling, a senior lecturer in mobile computing at Central Queensland University, said was “long overdue”.

“This year [at CES] is all about the gadgets,” he said. “So many little gadgets that can do a specific job. That’s great for diversity.

One such company is Petnet. It has produced a device that allows pet owners to monitor the food they are giving their cat or dog, as well as being able to remotely give them their dinner.

Other smart appliances for the home include Milky Weigh, a device for your fridge that can tell you how much milk you have left while you’re out shopping.

Tracking your health and wearables

The plan for Wearables is to be seamlessly inserted into our everyday lives. A major feature in numerous wearables is their health-tracker capabilities.

Bragi Dash Smart Headphones won an award for best innovation at the 2015 CES. These are wireless headphones with an accelerometer, heart rate monitor and an oxygen saturation sensor built in.

Swarovski Shine is a bracelet and the first solar-powered wearable. It also includes sleep-tracker capabilities.

Vessyl is a cup that communicates with an app to measure your calorie intake. These are just some of the technologies to come out of CES this year that are focusing on people’s health and well-being.

Dr Kourosh Kalantar-Zadeh, a professor of electrical and computer engineering at RMIT University, said that he sees “the next stage of health as the surveillance of your health”.

He compared this next step forward for diagnostic sensors to the continued development of GPS systems.

“Remember a few years ago, people followed their GPS into a lake,” he said. “But they have became much more accurate since then. It’s the same for diagnostics.”

He was “amazed” at the new sensors coming to the market with much higher sensitivity, and sees this trend continuing.

“The biggest thing for me is biomedical in the next five years, as the technology is allowing them [the sensors] to become more selective and accurate.”

The future of entertainment

A big feature at last year’s CES was curved screens for TVs, but these have received a mixed response over the 12 months with some critics labelling it a gimmick.

This year, the main focus for new televisions was to get even better quality images with a continued interest in 4K TVs.

A new addition to the line-up is the use of quantum dot technology, which is a cheaper alternative to OLED with higher definition.

“This year saw TVs with much better resolution and also much better colour, as they introduced quantum dots, so they have very sharp colour,” Dr Kalantar-Zadeh said. “They were able to expand on this into very large dimensions.”

It’s only in the past few years that 3D printers have become commercially available. The focus at last year’s event was on getting plastic filaments for consumer printing. This year, the CES showcased new materials and techniques.

Robo has blended colours into its print, while XYZPrinting now uses laser-cured liquid plastic to create a more structurally sound product. It has also created a food printer.

Makerbot is using composite filaments to create products that feel like real wood.

Dr Matthew Sorell, a senior lecturer at the University of Adelaide, said real progress was being made in 3D printing although it was still early days in what the technology could do.

“I’m reminded very much of having a nine-pin dot printer 30 years ago,” he said. “That was what you could get as a consumer, whereas nowadays we all have a laser or an inkjet. Pretty much everyone has a laser printer in the office.”

Dr Sorell sees 3D printers following a similar progression, where we are still in the early nine-pin dot stage.

While 3D printers are becoming more affordable and diverse in their applications, it can be difficult for consumers to create their own designs.

Designs can be shared across communities such as Thingiverse, but new products at the CES such as Scanify could also help the consumer. Scanify is designed like a point-and-shoot camera, but will take a 3D image of an object in under a tenth of a second, which you can then print out as an exact replica.

Government-backed COVID-19 loans extended, now worth up to $1 million

JobKeeper 2.0 Q&A: What will sole traders receive, can new workers join, and is the 20-hour rule flexible?

Face masks mandated in Melbourne workplaces: What you need to know

Revealed: The 50 best places to work in Australia, even through a pandemic

JobKeeper changes: What we know about the ‘second phase’ of wage subsidies