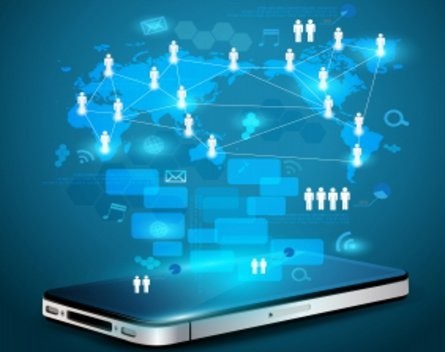 Small businesses may need to start changing the way they use social media, after a survey shows the time people spend browsing social networks has actually declined as a total of their overall online habits.

The figures from Experian, which tracked usage on fixed line connections, show Australians spend an average of 14 minutes out of every hour on social networking, which is down from 16 minutes last year. The United States and United Kingdom have also seen a decrease.

In comparison, nine minutes are spent on entertainment, four minutes on shopping, and just one minute on email. The rest is spent on topics such as business, lifestyle and travel.

The findings don’t necessarily gel with the advice often given to small business to pay more attention to social media.

But Experian’s general manager of marketing services, Matt Glasner, told SmartCompany the figures only apply to fixed line connections, which may show people are spending less time on social networks while on desktop computers.

“I don’t think social media is in decline, based on this data,” he says. “Instead, we’re seeing a shift to the way people interact with their mobiles.”

The data comes alongside figures from Hitwise Mobile which show news consumption is up 51% on mobile devices than on fixed line connections.

“If we were able to track the amount of time people spend on Facebook apps and so on through their iPhone and Android devices, we’d definitely say that’s increasing.”

“But the key message here is that consumer behaviour is changing, and what we’re starting to see is the continued rise of the mobile world.”

Such findings are critical for how businesses develop their social media strategies. If consumers are spending more time on their mobiles instead of desktop computers, businesses must constantly think about how people are accessing their updates.

For instance, a business might post a link to a promotion on Twitter. But given more people are accessing social media on their mobiles, if that link isn’t optimised for a mobile site, then fewer people will read it. They’re also less likely to go through a payment process if it takes too long.

Instead, Glasner says all content must be prioritised towards mobile devices, especially if it can work with existing apps. Such content is likely to get a better reaction.

“I have a fairly significant employee base of Gen Ys, and they’re using mainstream social media programs through their mobiles, not on PCs. They go shopping and they’re plugged in to Facebook on their phones.”

“If you think you can do the same thing today as you did two or three years ago and get a good result, then you’re kidding yourself. You’re just going backwards.”

Glasner says if you want to catch users on desktops, then you need to be targeting a separate entity entirely: YouTube.

“If you want to catch people sitting at their desks, then YouTube is a good option. People spend a lot of time on the site, because a video is usually longer than 30 seconds.”

Businesses have been experimenting with more YouTube campaigns, offering ‘how to’ videos as a way to both increase their reputation as ‘experts’ and convert sales.

Glasner says you need to start recognising this shift and identify which sites are most popular on both desktops, and mobiles, otherwise you’ll miss out on the most effective strategies.

“You have to be more tailored to mobile,” he says. “This is where people are connecting now.”

The data from Experian also showed Britain emerged with the highest amount of users who spend most of their time on shopping websites, while Australians spent six minutes out of every hour on news, compared to five minutes in Britain and four in the United States.