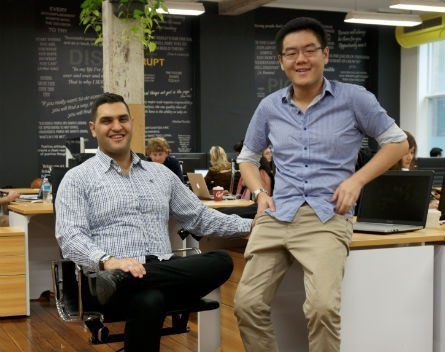 The startup aims to establish a platform for gaming enthusiasts that allows them to share content, keep up to date with news, and integrate all their gaming accounts in one place.

“We’ve seen a great pickup in signups and user engagement,” Chikhani says. “It was a successful launch.”

Gamurs has been in a private beta since February, which allowed the team to prove their concept and develop the platform to the users’ demands.

“The most important objective with the beta was to validate the general idea of a gaming social network,” Chikhani says. “We got over 1000 signups with no marketing whatsoever.”

He says improvements were made in terms of tailored content, usability, and the development of an app before it was launched properly.

Gamurs offers an “all in one” platform for the gaming community, Chikhani says.

“If you play a few different games it’s extremely hard for you to find the relevant content for you on one platform alone,” he says.

“We’ve built a single platform where they can access the relative content for them, and engage with users that have like-minded interests. That’s the gap we’re filling.”

The startup has raised $500,000 in seed round funding, including a $30,000 grant as part of the NRMA accelerator program, giving it an 18 month runway.

Monetising social networking communities is a very difficult proposal, even for the heavyweights in the sector, and it requires a large volume of users.

Chikhani says the site’s main source of revenue will be through advertising, as well as partnerships with developers and a premium subscription option. He hopes to reach Gamurs advertising scale of 100,000 users signed on by January next year, a modest goal for a site which plans to rely on advertising revenue.

The feedback from users of Gamurs so far has been positive and constructive, Chikhani says.

“We’ve had great feedback. They’re very happy with what we’ve built so far, and they have a lot of suggestions too,” he says.

“It’s a major gap in the market that other newcomers haven’t filled.”